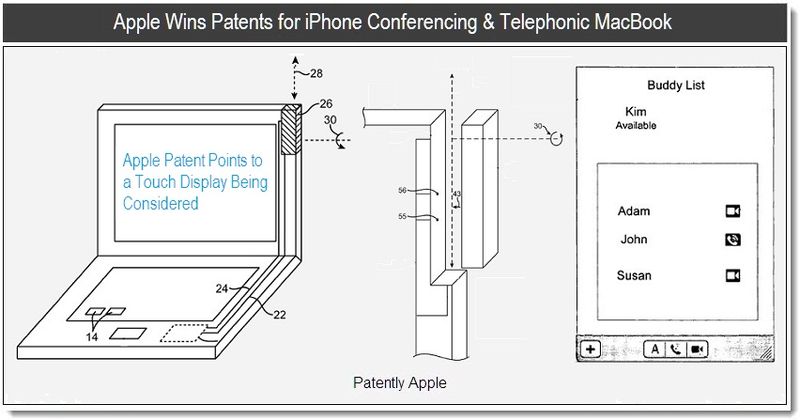 The US Patent and Trademark Office officially published a series of 18 newly granted patents for Apple Inc. today. The notables within this second group of patents includes one that likely relates to a Final Cut Pro feature dealing with an Audio View using 3-Dimensional Plot and another for video conferencing on an iPhone years before there was ever talk of such a device.Lastly, Apple has won a vital patent on the road to delivering a Telephonic MacBook to market.

Apple has won a major patent advancing the concept of a future Telephonic MacBook. This patent was definitely fast-tracked as the patent filing was only revealed this past August – or five months ago. For the finer details on this patent, see our report titled "Apple introduces us to the Telephonic MacBook." 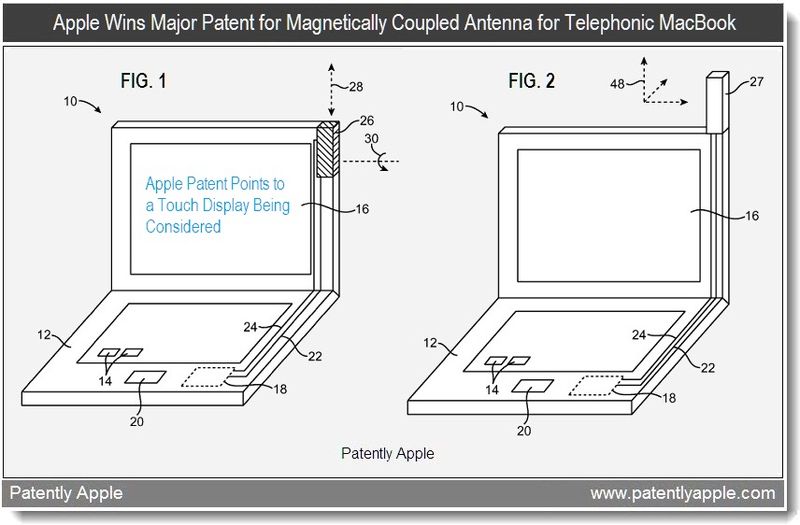 Being that this is a crucial patent – the legal minded amongst us will want to know what Apple is claiming to have won. Two of the main claims are listed below for easy reference:

Apple has been granted a major patent regarding iChat AV on an iPhone. The point to notice in this patent is that the original filing was made three years prior to the iPhone actually coming to market! Yet another patent fulfilled.

The following patent abstract covers the scope of this patent: Multiple users participate in a conference while taking maximum advantage of hardware and bandwidth capabilities of each participant. Each user's system makes known to a directory service its hardware sending and receiving capabilities. The directory service makes this information available to other users who may then wish to join a conference with the user. An initiating user sends invitations via the directory service to the remote users. Each user that accepts an invitation transmits its network address to the initiating user, who then establishes a peer-to-peer connection with each of the remote users. Each participant system exchanges information about hardware capabilities and bandwidth, and a conference manager determines a best model for connecting each of the participants. Depending on the hardware and bandwidth capabilities of the participants, the manager chooses from a duplicate streams model, a multicast model, and a host-among-peers model for connecting the participants. 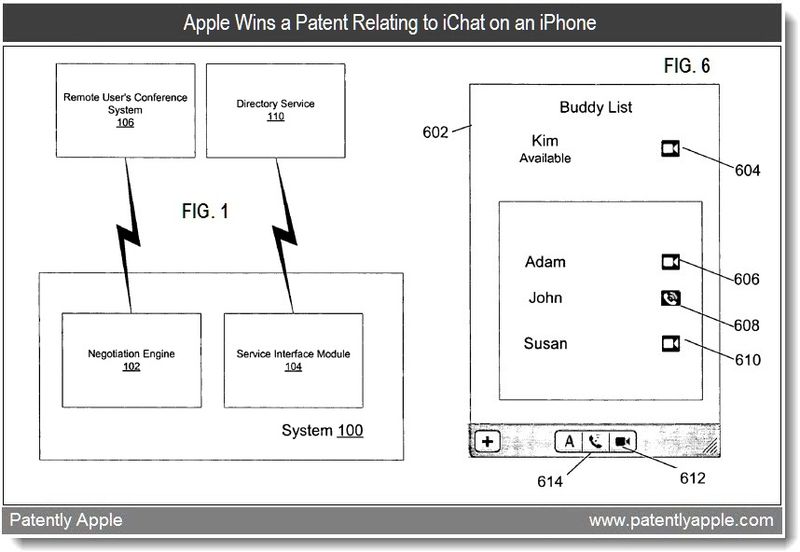 Apple credits Bruce     Arthur, Marcel Van Os, Stephen Lemay, Greg Christie and Peter Westen as the inventors of Granted Patent 7,881,235, originally filed in Q2 2004 or three years ahead of the iPhone! Patent FIG. 6 clearly shows their intent to bring video conferencing to a mobile phone as indicated in patent points numbers 612 and 614.

Apple has been granted a patent that is likely relating to a feature of Final Cut Pro. 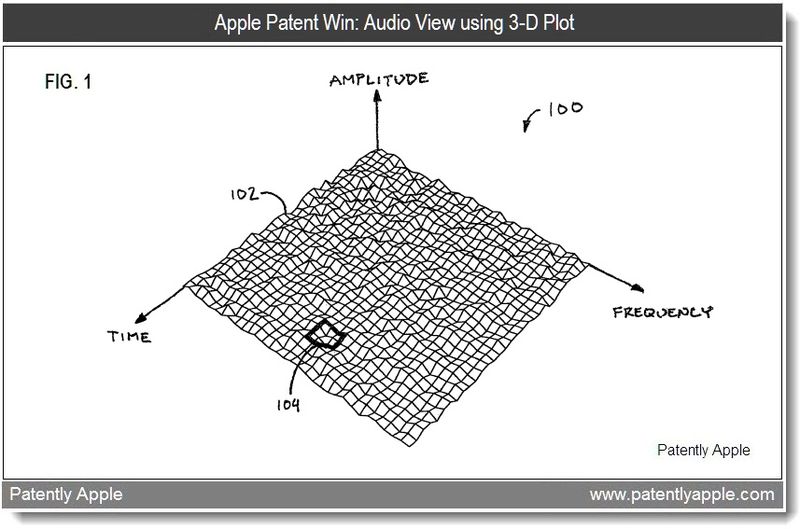 Apple's patent FIG. 1 is a block diagram illustrating a user interface that visually displays an example of three-dimensional representation of audio signal data.

Apple has been granted a patent this morning relating to the iPod's center button isolation ring. If that interests you in anyway, then you could check out the details here. One of the finer points of this patent that stopped me from yawning was Patent FIG. 5B. An alternative to the now famous click wheel was actually considered at some point in time - though it was likely as a defensive measure. Then again, if we ever "wear" our iPod controller on a jersey in the future (e.g. wearable computer), we might be closer to the Star Trek interface than ever thought imaginable. Freaky, but truuuuue! (Ha!) 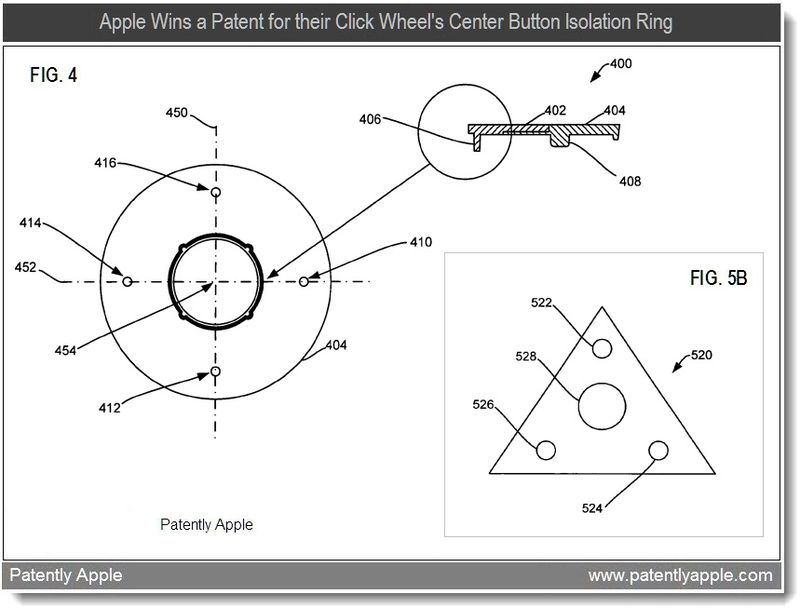