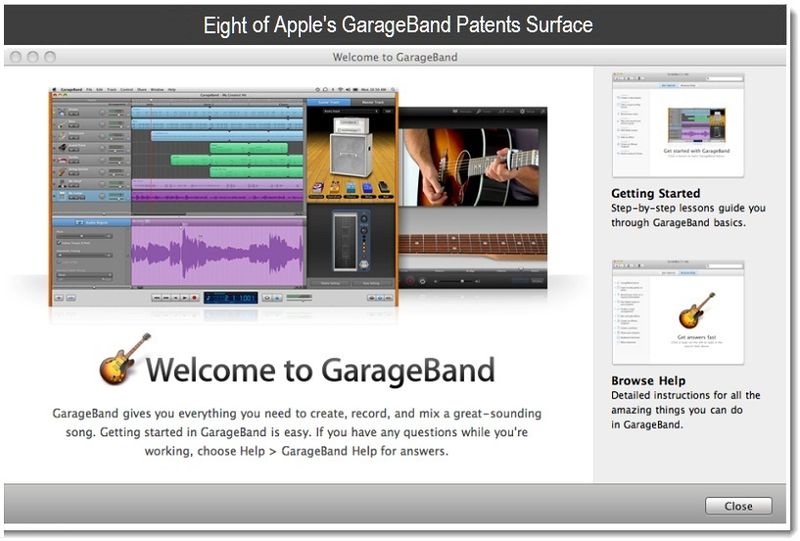 Eight of Apple's GarageBand patents have surfaced for those who are both geek and musician. The patents cover methods pertaining to such matters as collectively adjusting music tracks; adjusting a variable tempo of an audio file independent of a global tempo; adjusting tracks in a musical arrangement; enabling a user to generate and manipulate string-instrument chord grids; being able to double or replace a recorded sound; and positioning a virtual sound capturing device in a graphical user interface (GUI).

Although I have GarageBand on my iMac, I've never really had the time to delve into one of Apple's little iLife gems. So I'm not sure what new features are on tap with these new patents that have been published today. For those of you who love GarageBand and wish to check out Apple's eight new patent applications in the hopes of finding something new, we've provided you with each of the patents abstract and patent number to assist you in your search. If you happen to notice anything worthwhile, then please, share it with the rest of the Mac Community in our comment area. Good hunting. 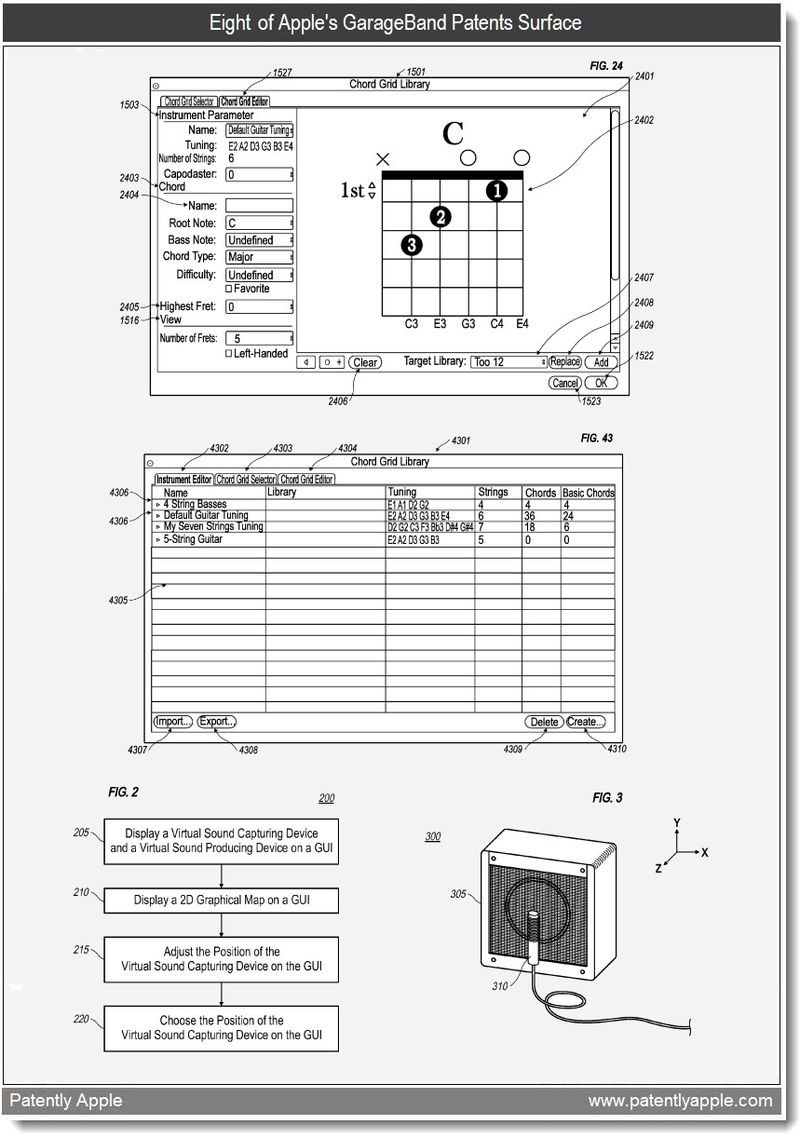 A computer implemented method allows a user to collectively adjust tracks in a digital workstation. The method includes causing the display of at least one internal track and at least one external track. The method then allows the collective adjusting of the tempo, tempo and pitch, or tuning of each internal track and each external track in response to receiving a command. The adjusted tempo and/or adjusted tuning value can be displayed. For more information, see Patent Application 20110011243.

2: Adjusting a Variable Tempo of an Audio File Independent of a Global Tempo using a Digital Audio Workstation.

3: Time Compression/Expansion of Selected Audio Segments in an Audio File

A computer implemented method allows a user to adjust tracks in a musical arrangement. The method involves a user selecting a musical position of an audio track, which the user desires to adjust in time, either by compressing it or expanding it, by indicating with a pointing device, such as a mouse, the position in the time line of the audio track that the user wishes to alter. A first marker is then displayed at the selected musical position in the audio track. Boundary markers defining transients in the audio signal surrounding the selected musical position are then automatically generated by analysis of the audio signal, and are displayed on the audio track. The two boundary markers define an audio segment that is to be adjusted in tempo by the user moving the first marker along the time line. For more information, see Patent Application 20110011245.

4: System and Method to Generate and Manipulate String-Instrument Chord Grinds in a Digital Audio Workstation

A processor implements methods, systems, and computer program products for detecting transients in an audio file. The method includes dividing the audio file into segments. Transients can be detected both in a full band signal of the audio file and one or more band-pass filtered signals of the audio file. A weight value can be assigned to each transient detected in both the full band signal and band-pass filtered signals. Transients that are below a predetermined threshold value can be eliminated. The time position of each remaining transient is determined and displayed in the audio file. For more information, see Patent Application 20110015766.

All of the engineers working on GarageBand, with the exception of Robert Hunt of San Jose CA, are from Germany and all patents were originally filed in Q3 2009.

For additional information on any patent presented above, simply feed the individual patent number into this search engine.