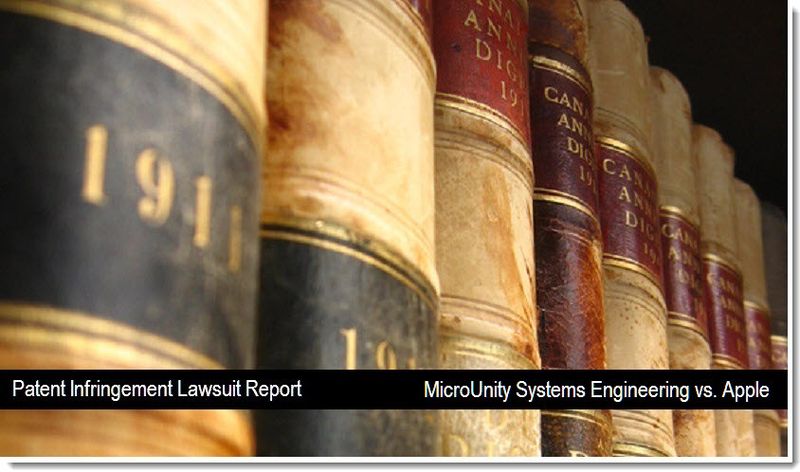 MicroUnity Systems Engineering, Inc. of Santa Clara, California has launched another patent infringement law suit against Apple and nineteen others in the telecom and handset sectors including AT&T, Nokia, Samsung, Verizon, Texas Instruments, HTC Corporation, Palm, Google and Qualcomm. We covered their initial lawsuit against Apple back in March 2010. In this new case, the entire focus is on a single patent which is challenging Apple's A4 processor and all its related products. Getting to the heart of the matter, the official complaint filed with the court against Apple reads as follows: MicroUnity is informed and believes, and on that basis alleges, that Defendant Apple Inc. ("Apple") is a corporation duly organized and existing under the laws of the state of California, with its principal place of business at 1 Infinite Loop, Cupertino, CA 95014; that Apple has developed processors such as the A4 that Apple uses in certain products that Apple sells, and contracted with Samsung for their manufacture; that Apple manufactures and sells products such as the iPhone 3GS and 4 cell phones, iPod Touch 3G and 4G media players, iPad tablet computers and Apple TV (2nd gen); and that such cell phones, media players, tablet computers and other products are used, offered for sale and sold in this district and throughout the United States and imported into the United States by Apple.

The Patent in Question

The patent in question is that of Patent 6,643,765 which is titled "Programmable processor with group floating point operations." According to MicroUnity's patent, the invention "relates to general purpose processor architectures, and particularly relates to wide operand architectures."

The complaint goes on to state that "on November 4, 2003, United States Patent No. 6,643,765 Bl (the "'765 patent") was duly and legally issued for an invention entitled "Programmable Processor with Group Floating Point Operations." MicroUnity was assigned the '765 patent and continues to hold all rights and interest in the '765 patent A true and correct copy of the '765 patent is attached hereto as Exhibit V."

"TI [Texas Instruments], Samsung, SSI, Qualcomm and Apple have infringed and continue to infringe one or more of the claims of the '765 patent by their manufacture, use, sale, importation, and/or offer to sell their infringing processors, including but not limited to TI's OMAP3 and OMAP4 series processors, Samsung and SSI's S5PC100 and S5PC110 processors, Qualcomm's Snapdragon processors and Apple's A4 processors. TI, Samsung, SSI, Qualcomm and Apple are liable for their infringement of the '765 patent pursuant to 35 U.S.C. ç 271.

Motorola, Nokia, Palm, Samsung, STA, HTC, Google, LG and Apple have infringed and continue to infringe one or more of the claims of the '765 patent by their manufacture, use, sale, importation, and/or offer to sell their infringing cell phones, media players, tablet computers and other products, including but not limited to the Motorola Droid, Droid X, Droid 2, Droid Pro, Bravo, Flipout, Charm and DeS; Nokia N900; Palm Pre and Pre Plus: Samsung Captivate, Fascinate, Showcase, Mesmerize, Tab, Continuum, Epic 4G and Focus; HTC Droid Incredible, Evo 4G and Surround; GoogleÆITC Nexus One; Google/Samsung Nexus S; LG eXpo and Quantum; and Apple iPhone 3GS and 4, iPod Touch 3 and 4G, iPad, and Apple TV (2"" gen). Motorola, Nokia, Palm, Samsung, STA, HTC, Google, LG and Apple are liable for their infringement of the '765 patent pursuant to 35 U.S.C. g 271."

MicroUnity is seeking the court to rule that their patent was infringed upon by the parties named in the suit along with standard damages including "enhanced damages." 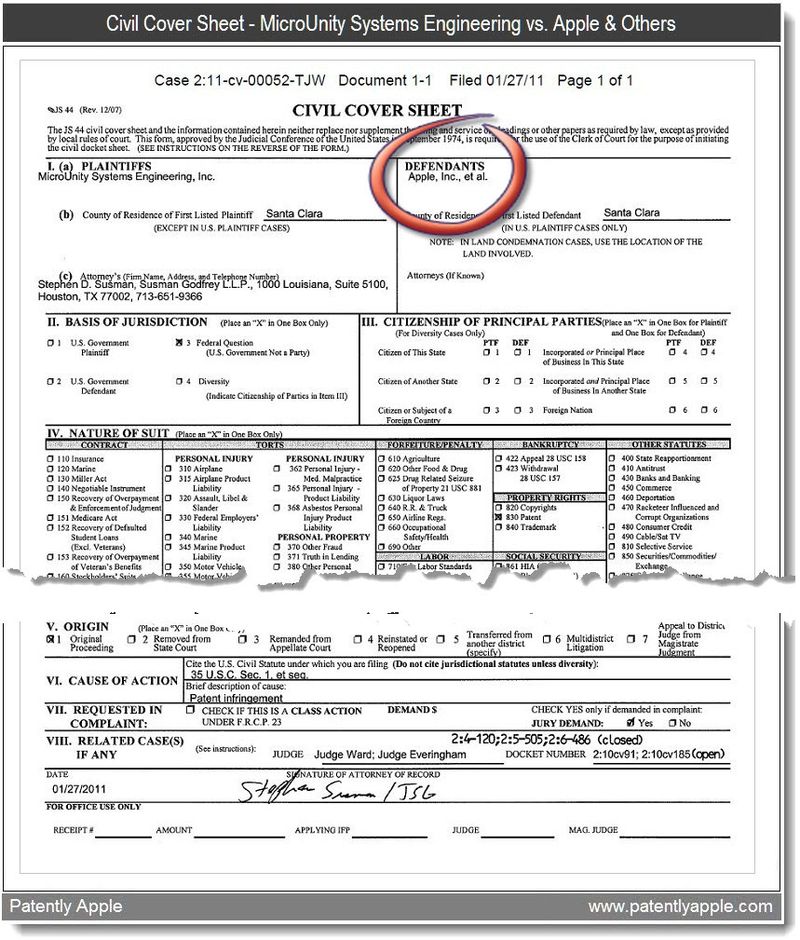 The case was filed in the United States District Court for the Eastern District of Texas, Marshall Division. The presiding Judge in this case is Judge T. John Ward.