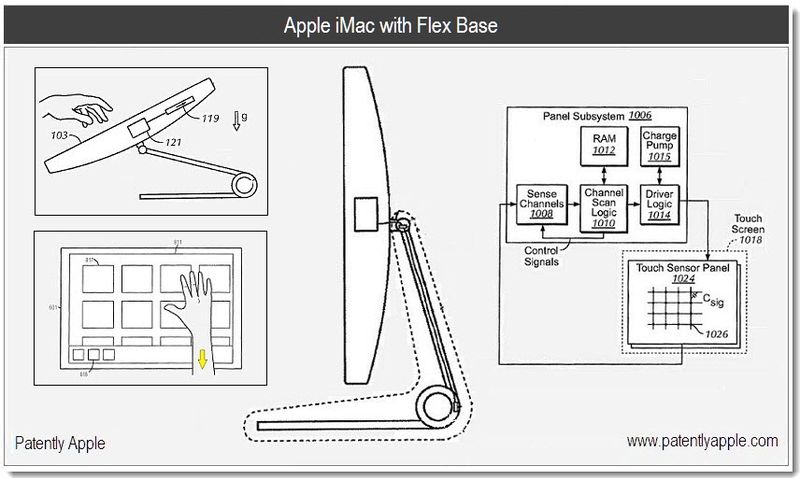 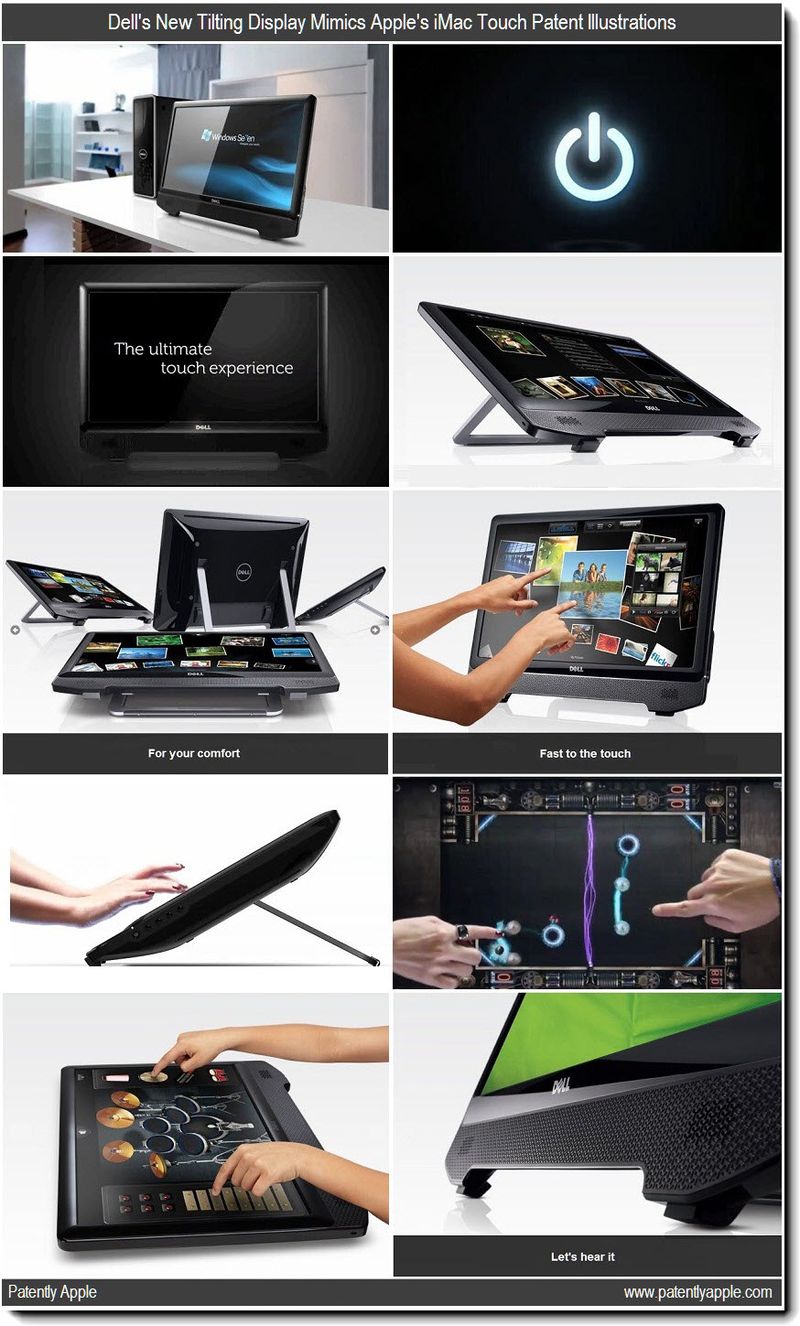 Apple's patent was published on August 23, 2010. That just happened to be the very same day that Dell's Susan Beebe decided to sign up to Follow Patently Apple's Tweets. Is that a coincidence? That's for you to decide, but it sure looks like Dell and other industry players are following Apple's every patent move. Lee Iacocca once said: Lead, follow or get out of the way. I see that Dell has decided to play the follower. And a quick one at that!

At the moment, Dell's unit is restricted to being a stand-alone display. We'll see if they extend this to their all-in-one PC later this year. In September of 2010 we pointed out that Dell would beat Apple to market with a convertible notebook even though Apple had such a unit on the drawing board for two years. Dell may not be able to invent cool stuff in patents, but they're really becoming a lightning bolt at copying great ideas that they see. Here's to hoping that Apple's better ideas will see the light of day this year.

Update Feb. 7, 2011: HP has now joined in on the tilt-display desktop design.