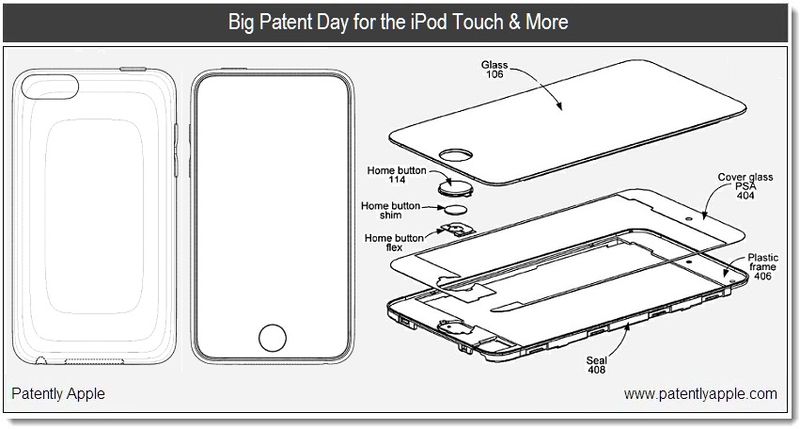 Apple has been granted a design patent for their third generation iPod touch released on September 09, 2009. This is the model which introduced the breakthrough price of just $199. 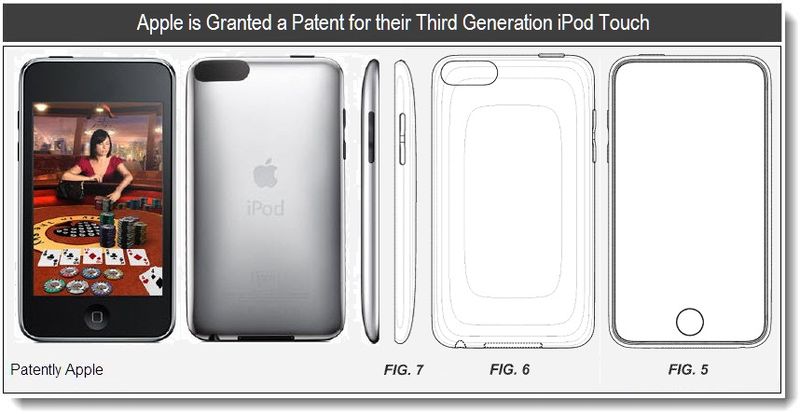 Apple has been granted a patent for the design and assembly of the iPod touch which includes a seamless housing. 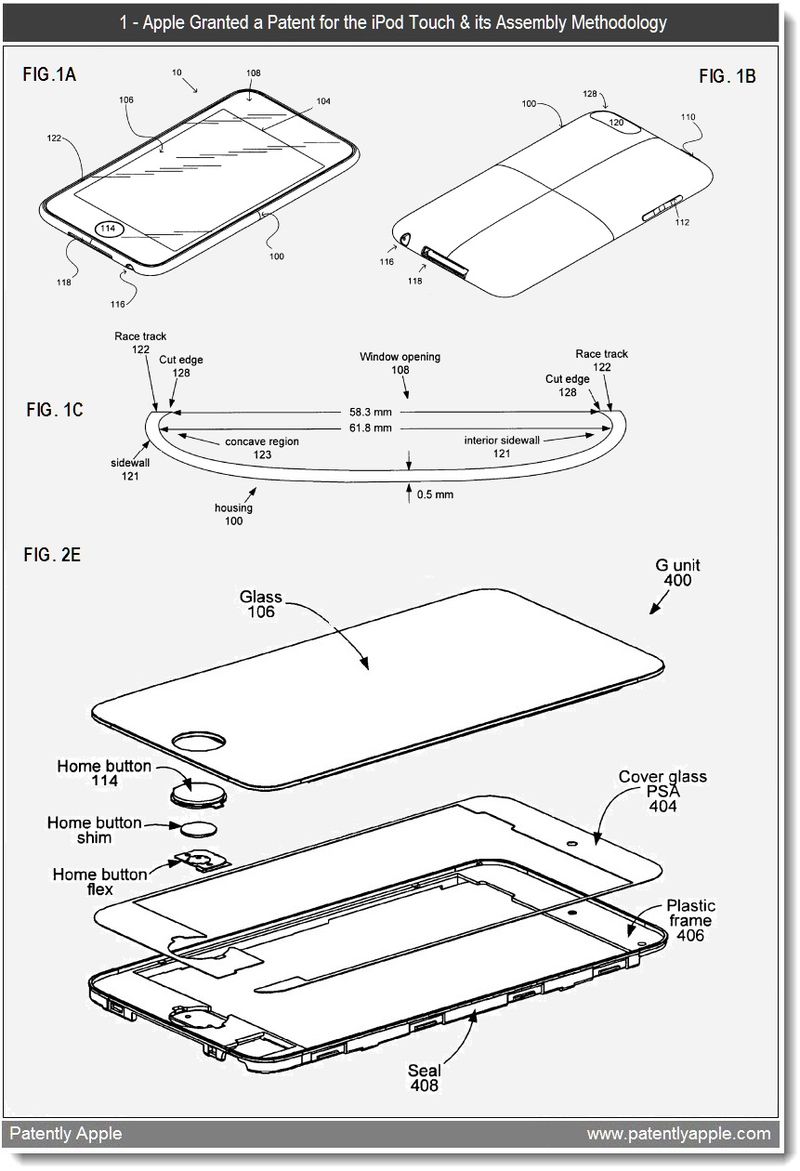 The design of the iPod touch includes at least a seamless housing having an integral bottom and side walls that cooperate to form a cavity in cooperation with a front opening having a flat top surface, the bottom wall having a curved bottom surface, the side walls being rounded such that they form a curved side surface and an undercut within the cavity, an edge of the side walls surrounding and defining the front opening and a plurality of electronic assemblies inserted into the seamless housing through the front opening and secured to the bottom surface of the housing, wherein a Z height tolerance of the plurality of electronic assemblies is minimized such that an upper surface of a topmost electronic assembly is substantially coplanar with the flat top surface of the housing. 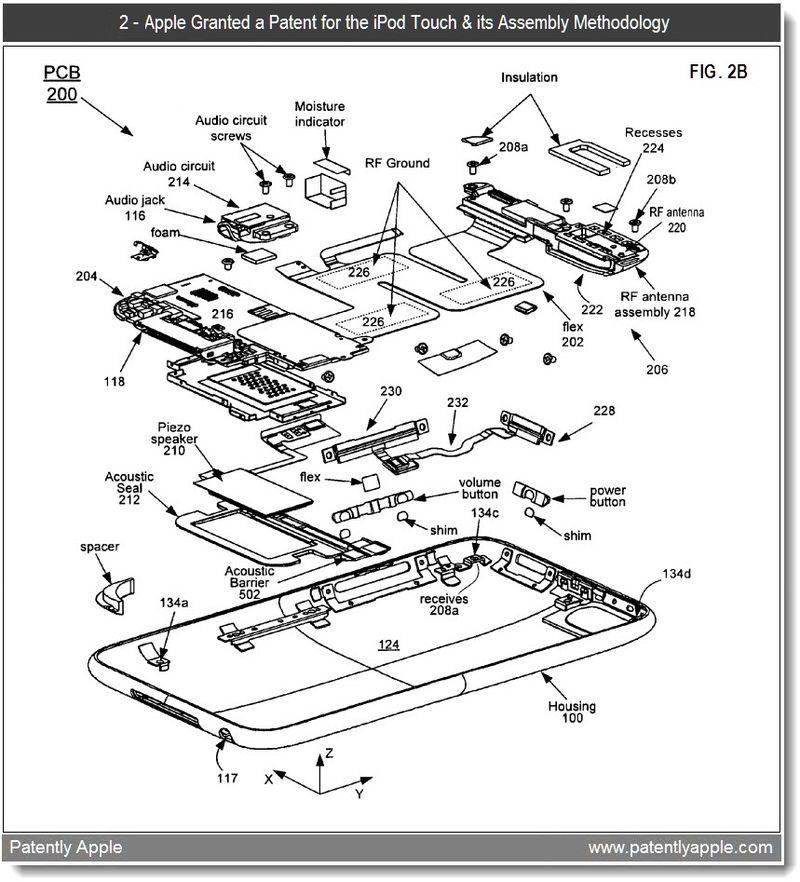 Apple credits Teodor Dabov, Hui Leng Lim, Kyle Yeates and Stephen Lynch as the inventors of Granted Patent 7,869,206, originally filed in Q3 2008.According to Apple's patent, some assembly methodologies apply to all of Apple's handhelds, mainly indicated as the iPod, iPod Nano, Pod Shuffle, iPod Touch or an iPhone.

Apple has been granted a patent for their earphones with remote mic which is compatible with all handhelds including the iPad and latest iPod nano. The invention adds a control capsule located on the cable of the right earpiece that includes a microphone and three buttons. It allows you to adjust the volume, control video playback and includes play/pause/next/previous controls. The unit supports voice memos on certain devices and allows iPhone users to answer and end calls. 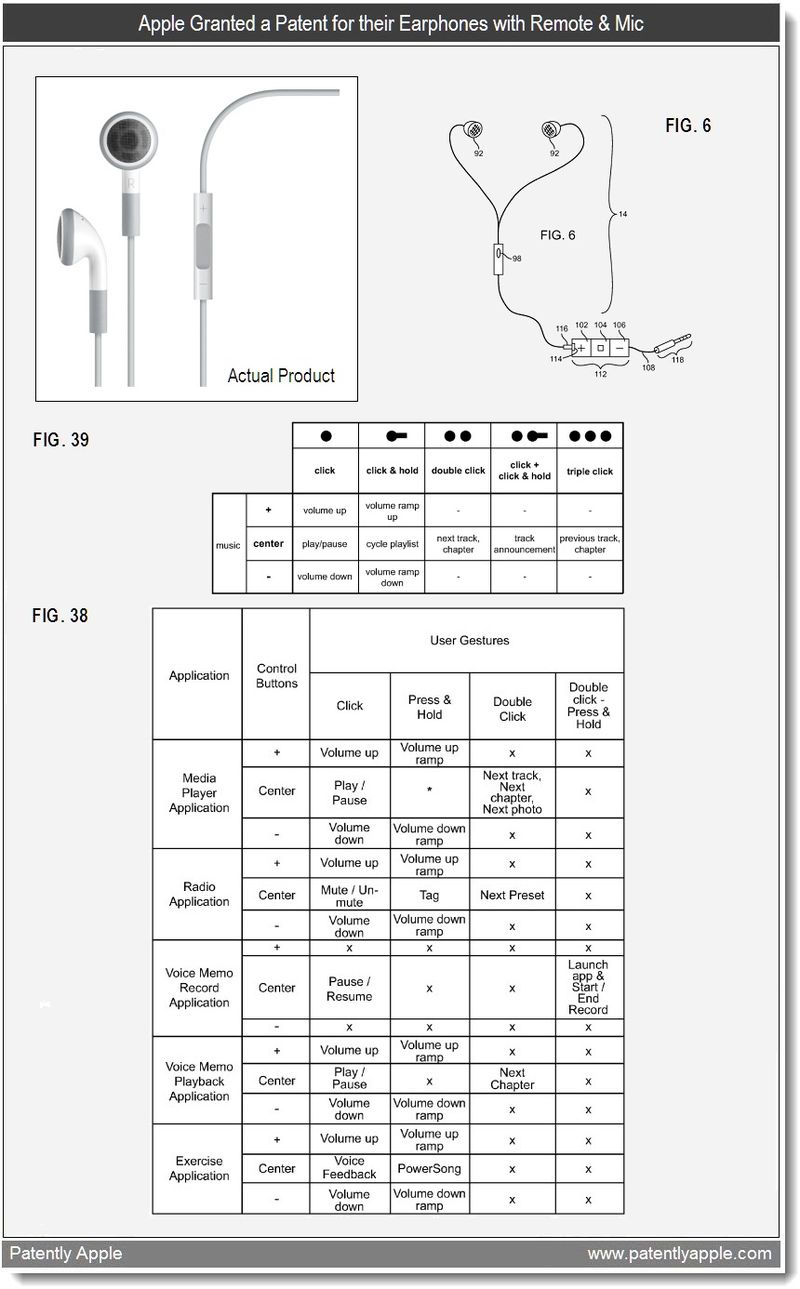 nice to supplement the battery power using vibrations. i wonder if thermoelectric cells can be used to take advantage of body heat as well. hopefully, all this will ultimately reduce the amount of chargers on the power grid.