Applies to Portables and Handhelds

Applications beyond the SIM Card 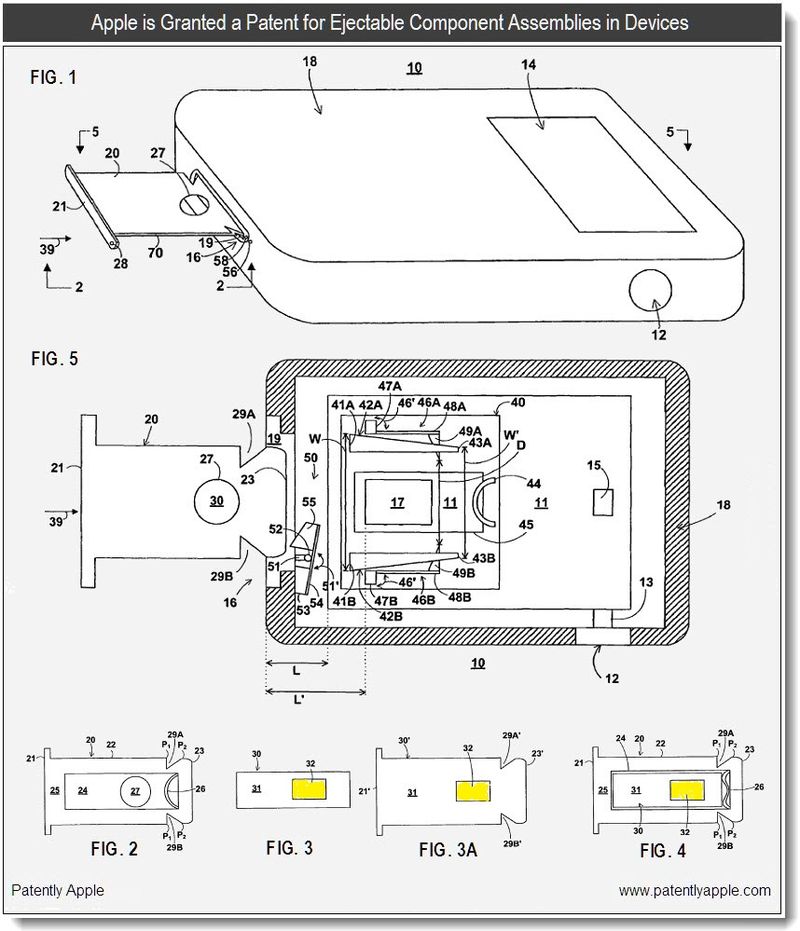 The ejectable component assembly may be any assembly that inserts into and ejects from the device a removable module (see, e.g., module 30 of FIGS. 3 and 4 above) that may be of a variety of forms, including, but not limited to, integrated circuit cards (ICCs), chip cards, memory cards, flash memory cards, microprocessor cards, smart cards, such as subscriber identity module (SIM) cards, or combinations thereof, containing electronic circuitry (see, e.g., circuitry 32 of FIGS. 3 and 4) from which the device may read data and/or to which the device may write data. 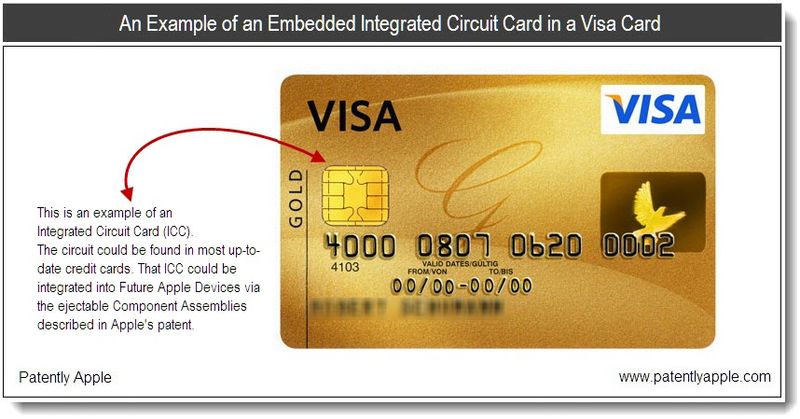 Today, Integrated Circuit Cards (ICCs) are embedded into up-to-date credit cards. If you brush your finger over the circuit, you could easily tell that it's been embedded and it's this kind of ICC that could be set into a SIM-Like card to fit into future ejectable component assemblies that Apple describes in this patent. So in short, this is why your future iPhone, iPad or iPod could be your iWallet. It's how your portable devices will become your credit card – because the card is literally integrated into your devices via the ejectable assembly. These cards could be used in a contactless manner.

Right up until November 19, 2010 there was activity on Google's Trademark filing for "SpeedBook." It relates to some new kind of hardware – likely an iPad wannabe. Will a Google Tablet with this new Moniker pop up at tomorrow's CES – or will it be reserved for another 2011 event? 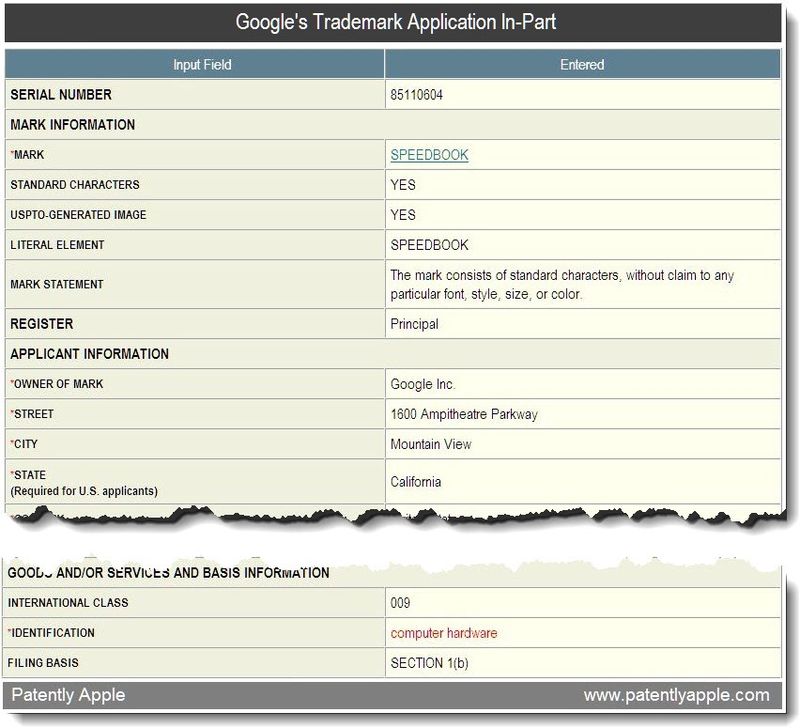 Is Apple developing a future minature fuel cell? Well, it certainly looks like they might be. Check out our report and link that we published yesterday to see the patent that might be suggesting just that.