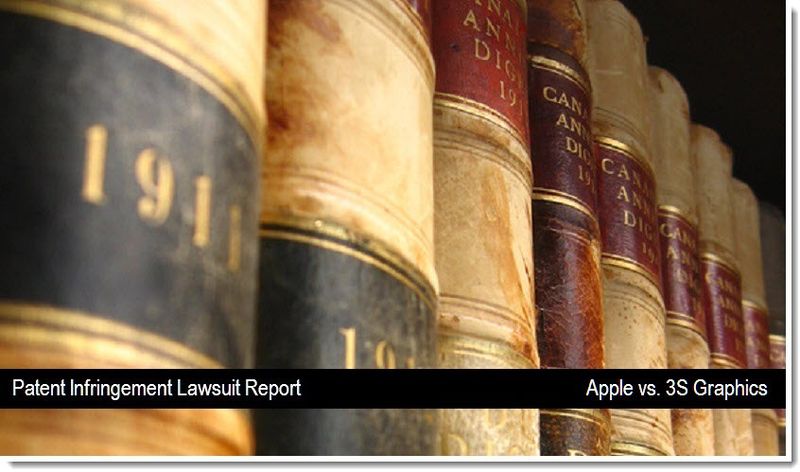 Details: Apple's Complaint is not yet available for Full Review

While Apple's filed complaint has yet to be made public, it appears that Apple's complaint will be for Declaratory Judgment of Non-Infringement and Invalidity of Patents. Which patents are being challenged is unknown at this time. 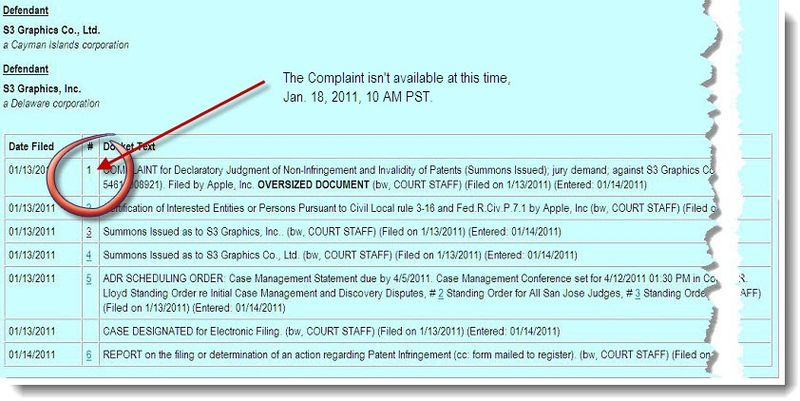 A declaratory judgment is typically requested when a party is threatened with a lawsuit but the lawsuit has not yet been filed; or when it is thought by one of two (or more) parties that their rights under law and/or contract might conflict; or as part of a counterclaim to prevent further, similar lawsuits from the same plaintiff.

Apple has filed their complaint with the Northern District of California as S3 is headquartered in Fremont, California. S3Graphics is a provider of graphics visualization technologies for the notebook and desktop markets and creates video cores for discrete and integrated applications in the mobile, desktop, and embedded markets.

Below is a copy of the summons issued to S3 Graphics (Cayman Islands and Delaware). Magistrate Judge Howard R. Lloyd has been assigned this case. 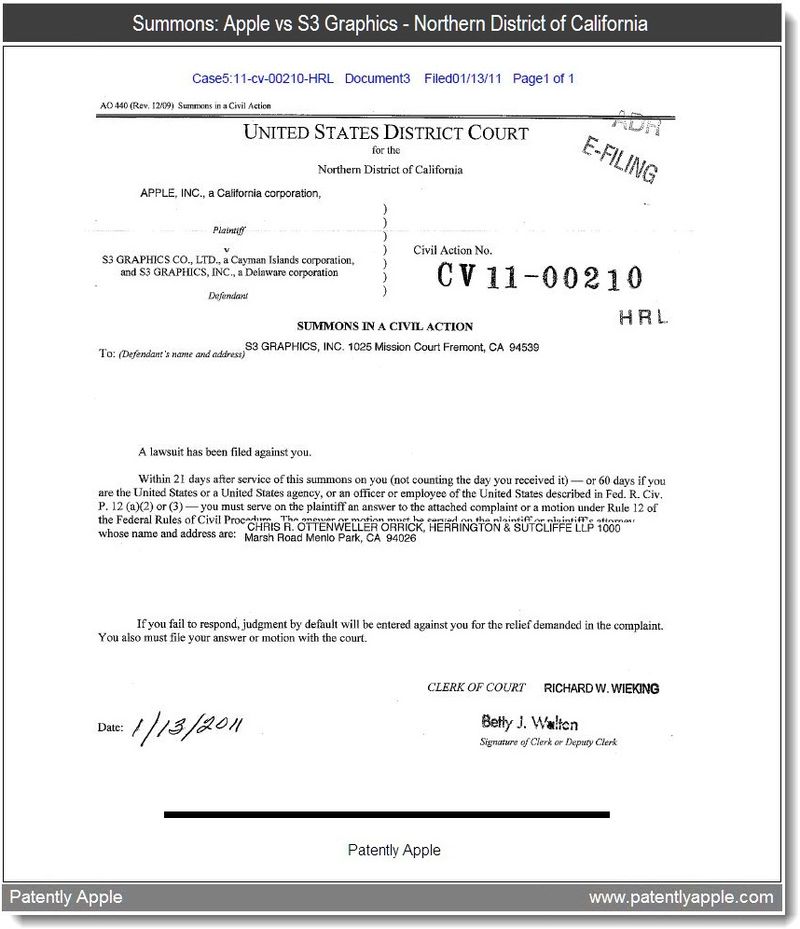 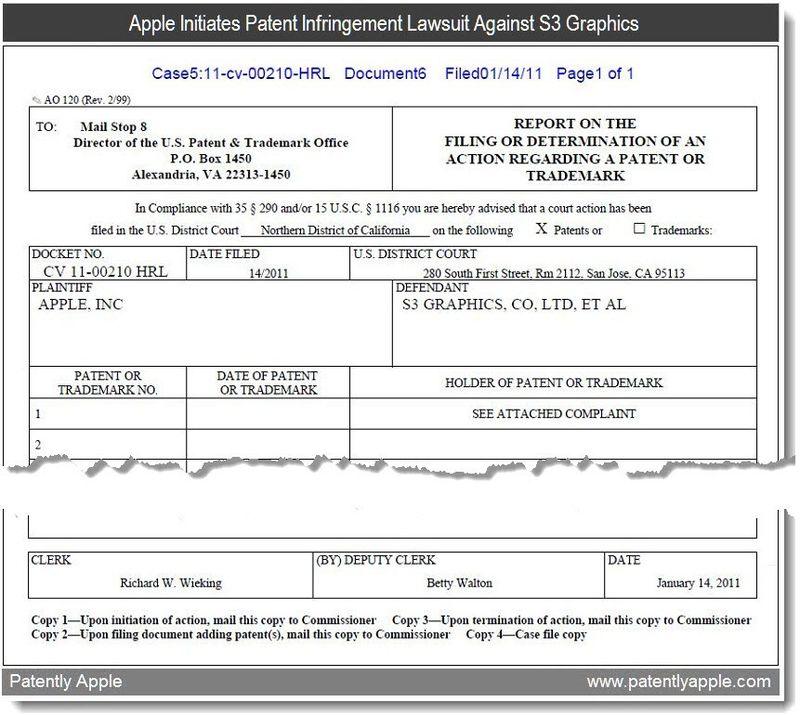 It should be noted that on May 28, 2010, S3 Graphics, Inc. of Fremont, California filed a complaint against Apple requesting that the ITC commence an investigation. The complaint alleged that Apple provides an SDK specifically adapted for use with Apple computers to compress and decompress image data files using the technology disclosed and claimed in the Asserted Patents, and that Apple's SDK and computers generate encoded image files in the format disclosed and claimed in the Asserted Patents. Their complaint at the time involved the iPhone, iPad and iPod touch.

Notice: Patently Apple presents only a brief summary of certain legal cases/ lawsuits which are part of the public record for journalistic news purposes. Readers are cautioned that Patently Apple does not offer an opinion on the merit of the case and strictly presents the allegations made in said legal cases / lawsuits. A lawyer should be consulted for any further details or analysis. About Comments: Patently Apple reserves the right to post, dismiss or edit comments. On most legal cases, comments will be closed. See our Legal Archives for other Patent Infringement cases.