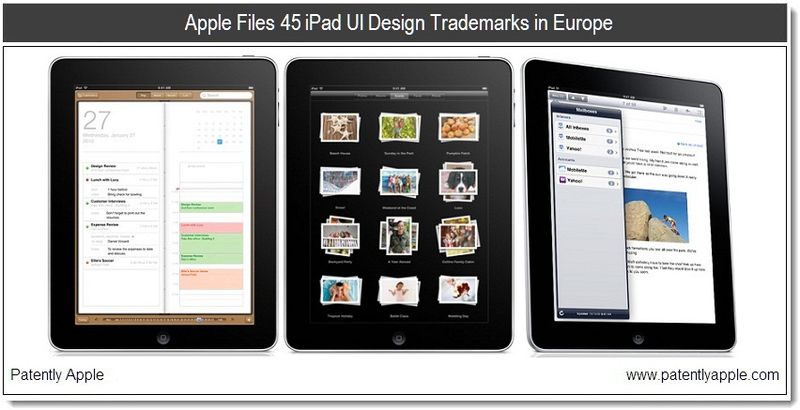 Apple has filed forty-five iPad UI Design Patents with the European Patent and Trademark Office. Oddly, the designs were listed in the European database sometime in January 2011 even though they're back-dated to July 27, 2010. It's unknown at this time who caused the delay. With so many copy cats gunning for Apple's iPad these days, no wonder Apple has to patent every possible iPad UI element imaginable. 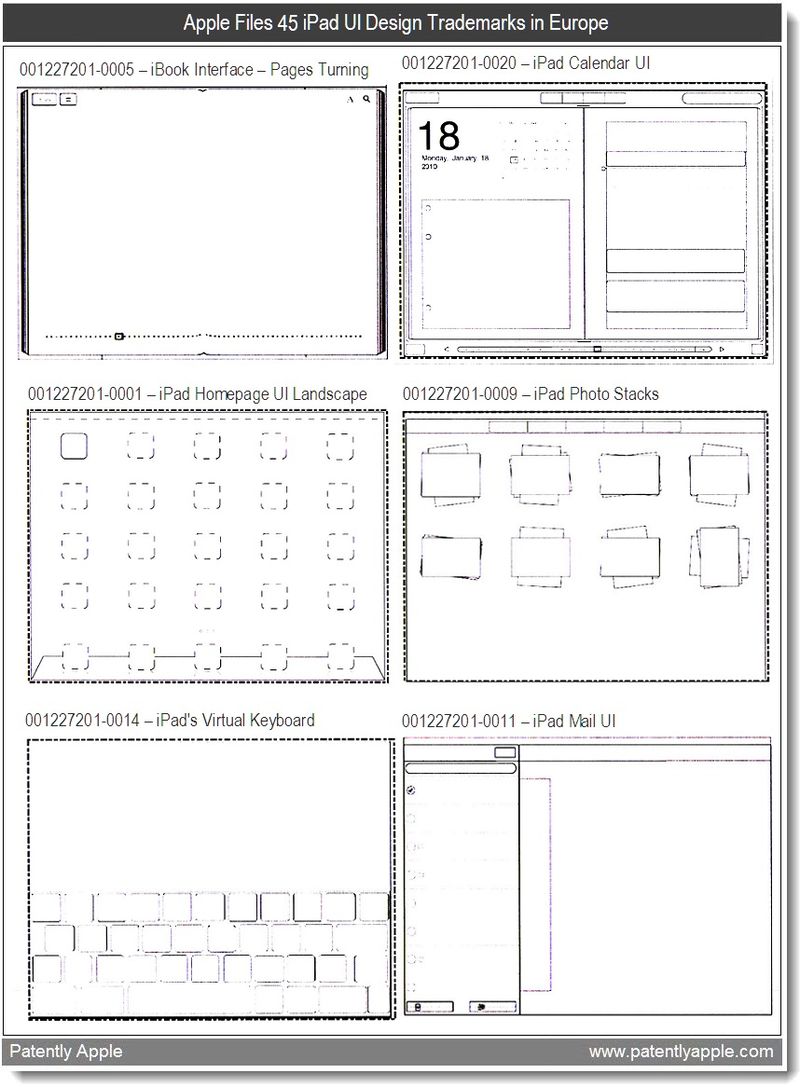 Apple has filed every unique iPad UI Design elements in Europe covering such things as their virtual keyboard to iPhoto-Stacks to iCal, iMail, the iPad's Homepage, iBook shelving and even "Slide to Open" elements as an example. The designs covered application numbers 001227201-0001through to 001227201-0045.

All of the trademarks were filed in Munich Germany by Bardehle Pagenberg.