A Flood of New FCC Documents Surface on Apple-Verizon iPhone

A flood of new Apple-Verizon iPhone documents have surfaced over at the FCC which includes information on Apple's 16 and 32GB packaging labels and a Personal Hot Spot Declaration letter from Apple to the FCC.

The Verizon iPhone: A Flood of Documents Surface at FCC 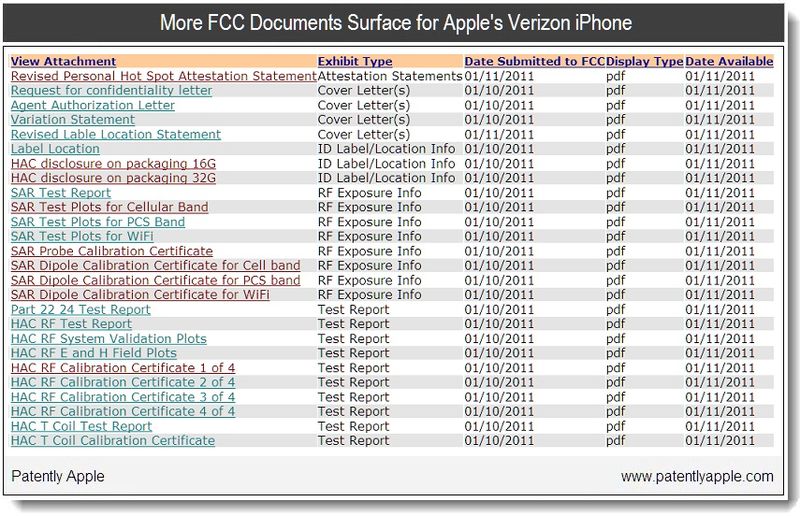 If you're familiar with electrical and wireless specifications and want to know every little detail about the Verizon iPhone, then you might want check out the new documents that have surfaced over at the FCC as we note above.

One of the little interesting tid bits found in this new batch of documents is that many of the Calibration Certificates listed above, came from the Calibration Laboratory of Schmid & Partner Engineering AG, in Zurich Switzerland.

Below are images of the 16 and 32 GB packaging labels for the Verizon iPhone in full and in close-up form so that you could better read the fine print. 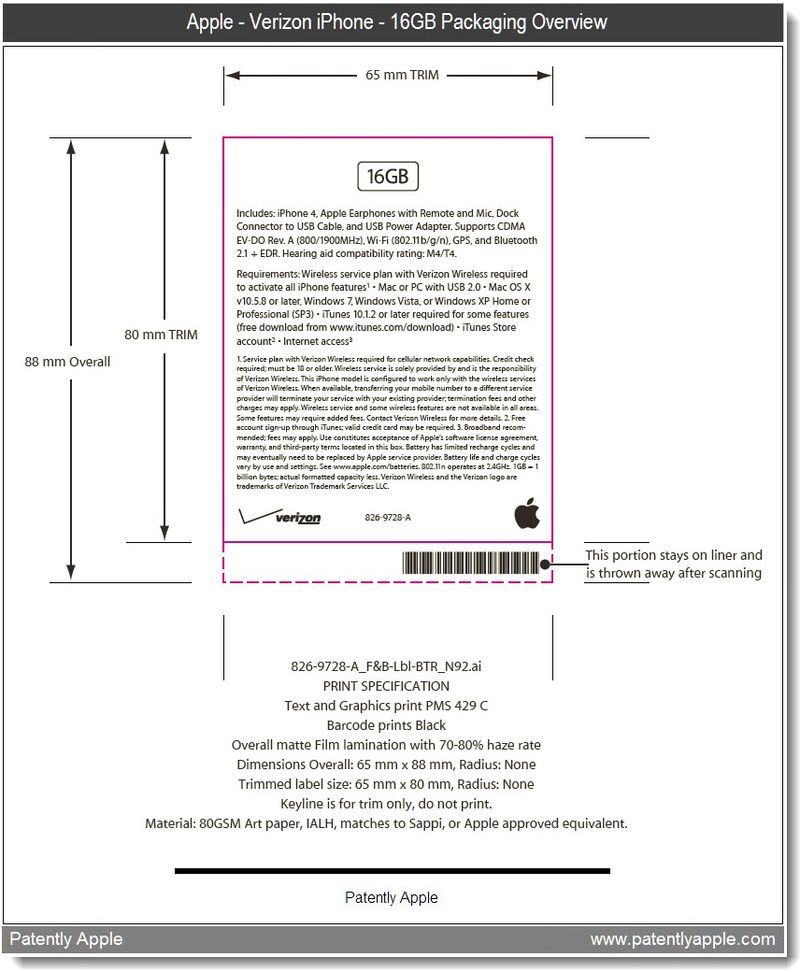 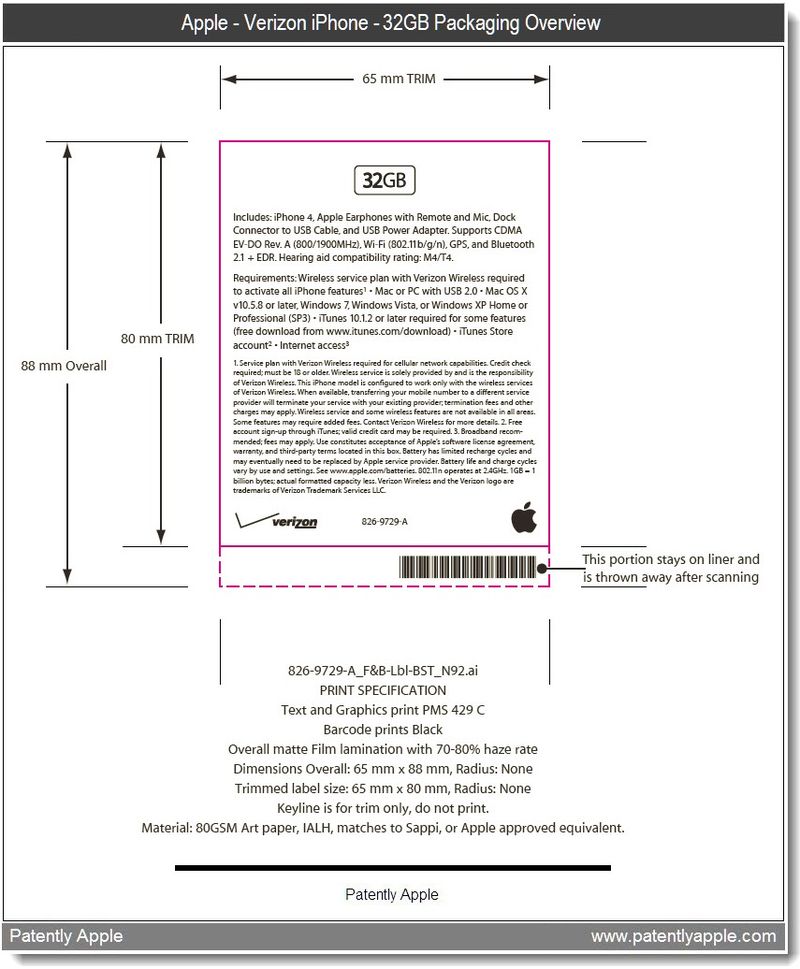 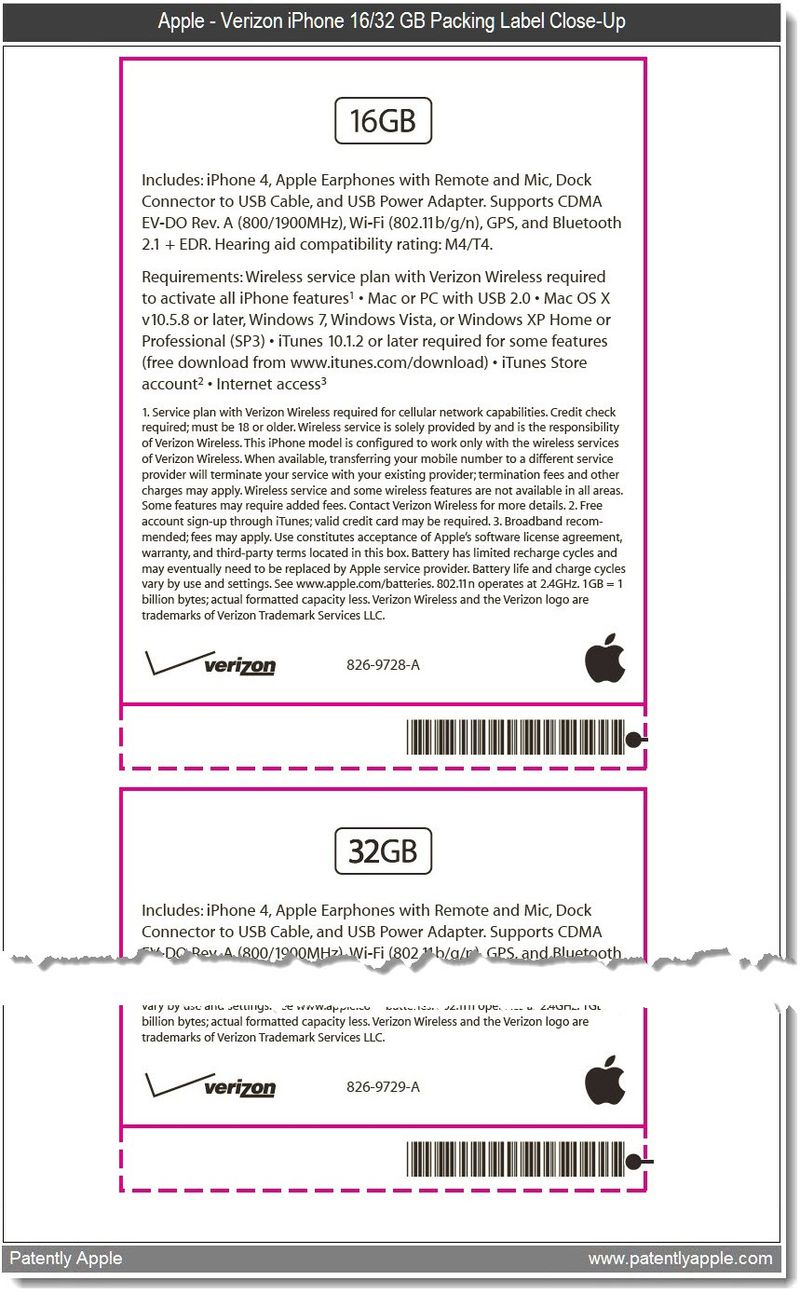 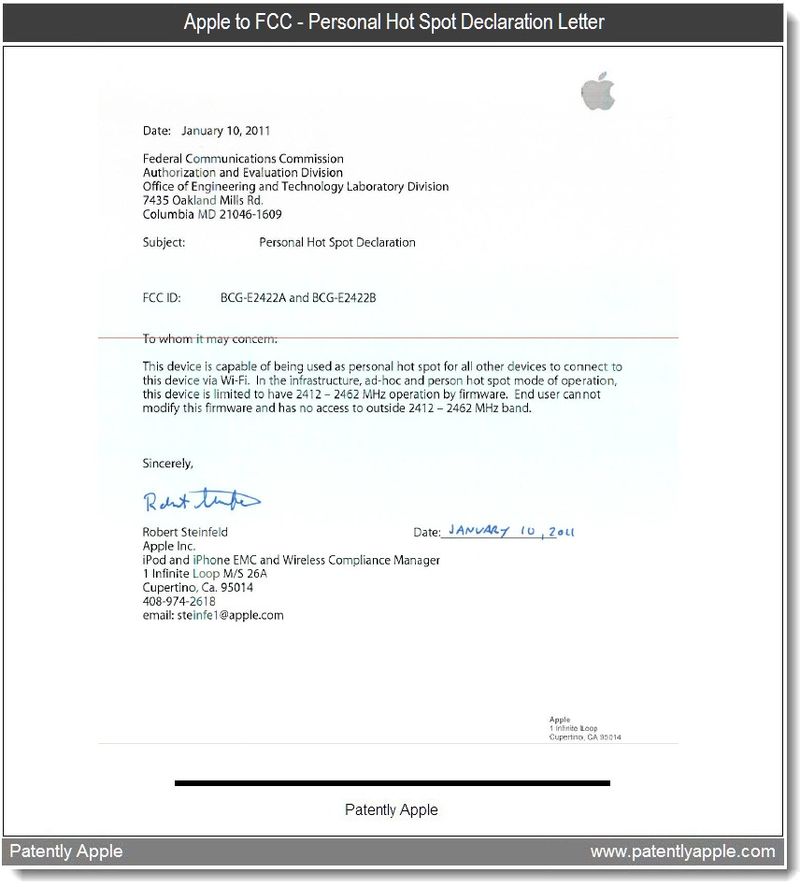 One of the differences between the AT&T-GSM iPhone and Verizon's CDMA iPhone is that the Verizon version will ship with new "Personal Hotspot capabilities" which allows sharing its 3G connection with up to five devices simultaneously. Apple's noted letter to the FCC above outlines this feature.