The US Patent and Trademark Office officially published a series of 16 newly granted patents for Apple Inc. today. The notables within this group include two patents relating to the iTunes Store's advance purchasing system, another for a cooling apparatus used in the Mac Pro and another for an iPod armband. Yet beyond those are the more important patents that relate to Apple's iPad Dock design and a vital Multi-Touch patent that could assist Apple in future legal battles.

Apple has won three design patents this morning covering their new iPad Dock and their 2008 iPod armband which are illustrated below. The third was for a Universal Dock – Dock Insert. 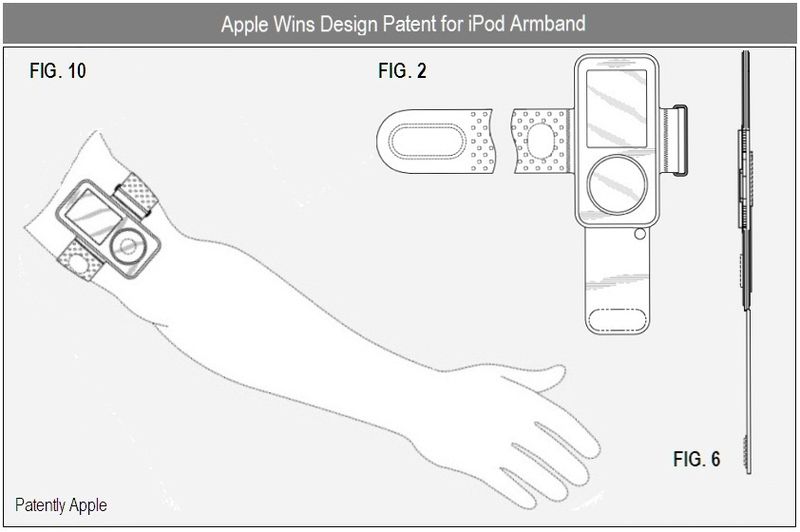 Apple has been granted a crucial Multi-Touch patent relating to Master and Slave controllers used primarily in Apple's iOS based devices. Technically speaking, however, the principles could theoretically extend to Apple's new Magic Mouse and Trackpad as well. 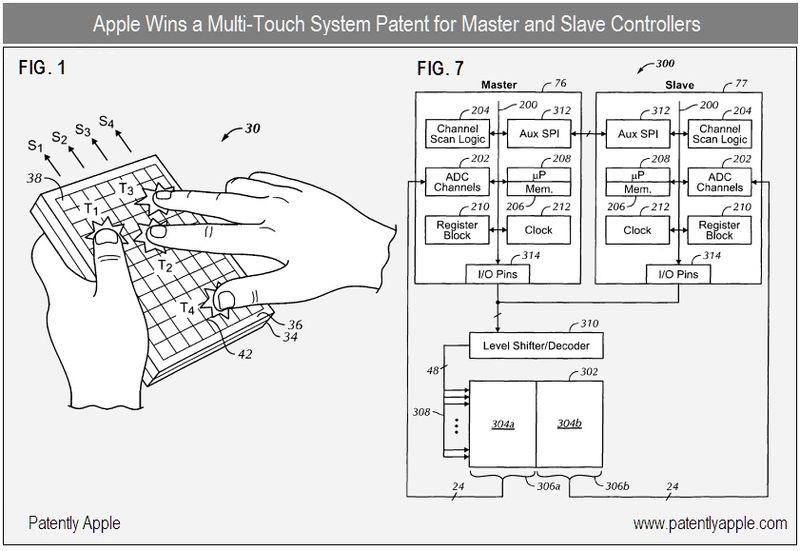 The importance of this multi-touch patent is that it could relate to other devices beyond those which Apple sells. Apple could therefore be thinking of licensing their technology to other kinds of OEMs. Apple's patent states that "the computer system could also be a public computer system such as an information kiosk, automated teller machine (ATM), point of sale machine (POS), industrial machine, gaming machine, arcade machine, vending machine, airline e-ticket terminal, restaurant reservation terminal, customer service station, library terminal, learning device, etc."

Apple credits Thomas Wilson, Minh-Dieu Vu and Yutaka Hori as the inventors of Granted Patent 7,848,825 originally filed in January 3, 2007, just prior to the iPhone's original preview during a Steve Jobs Keynote.

Apple has been granted a patent for their innovative MacBook Air movable I/O port and housing. The design was abandoned in their latest MacBook Air redesign, though the concept could be utilized in future designs of other kinds of devices. 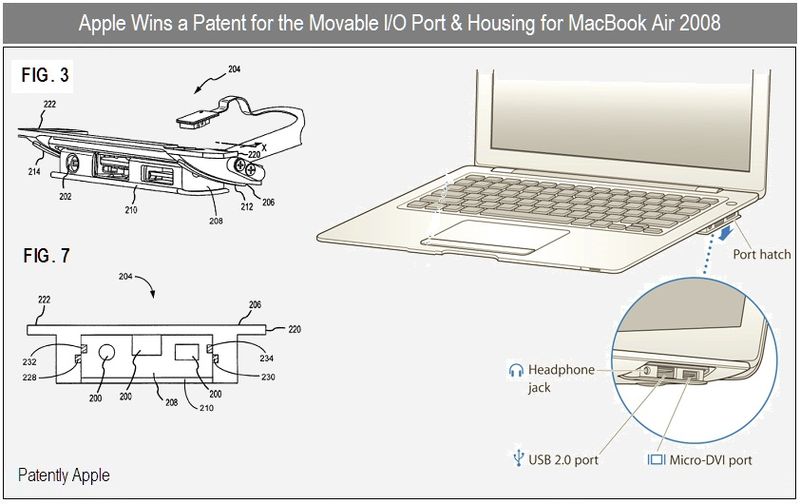 Technically speaking, Apple describes their patent this way: "The I/O port housing may be hinged to pivot between an open and closed position. The pivot point may be a low- or zero-friction pivot. The I/O port housing may include an opening mechanism to facilitate pivoting the port between the open and closed positions, and/or vice versa. For example, the opening mechanism may take the form of paired magnets of like polarities."

Apple has won several other patents this day, including one for their now defunct iPod Hi-Fi Boombox which debuted in February 2006 and died in September 2007. Another patent was won for an air cooling apparatus related to the Mac Pro (see illustration below) along with two patents relating to the iTunes Store's advance-purchasing system. 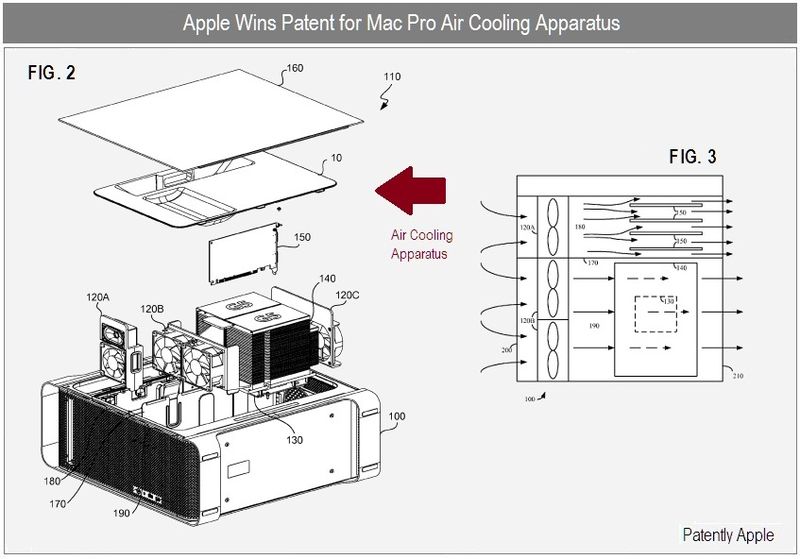 And Finally, Apple was granted a key patent for computer systems such as the iPod, iPad or iPhone that are capable of performing at least part of a booting process directly from a NAND flash memory chip.