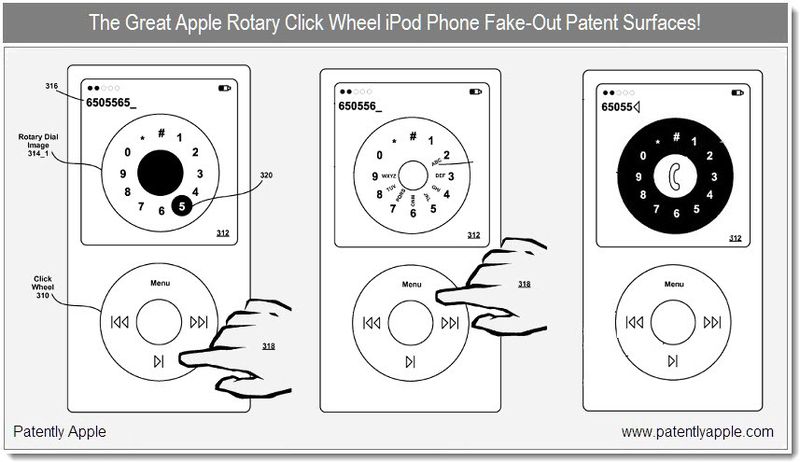 The US Patent and Trademark Office officially published a series of 20 newly granted patents for Apple Inc. today. In our first patent report of the day, we cover Apple winning design patents for their iPod Classic, the nano and for an iPhone with a strange square Home Button. Yet the winner in this group today, without a doubt, is finding the Great Faked-Out iPod rotary iPhone patent that was used during Steve Jobs keynote of 2007. Yes, The Great One actually has a sense of humor.

Apple has been granted a patent for their Great Faked-Out Rotary Click Wheel iPod cell phone. With Competitors watching Apple's every move and more specifically, their every patent application filing that gets published each week, Apple's CEO decided to play a little joke on them. Introducing the next great thing: The Rotary iPhone! Apple's Steve Jobs snickered at the absurdity of the design during the iPhone's sneak peek keynote in January 2007.

Today that classic patent surfaced in the form of a granted patent that covered the following:

Apple's patent covers user interfaces, and in particular, to telephone user interfaces that include a click wheel. In some embodiments, a method includes displaying a first image of a rotary dial in a display of the portable communications device in response to a first contact by a user with a click wheel. The first image of the rotary dial includes a plurality of icons arranged proximate to a periphery of the rotary dial. The plurality of icons include numbers. 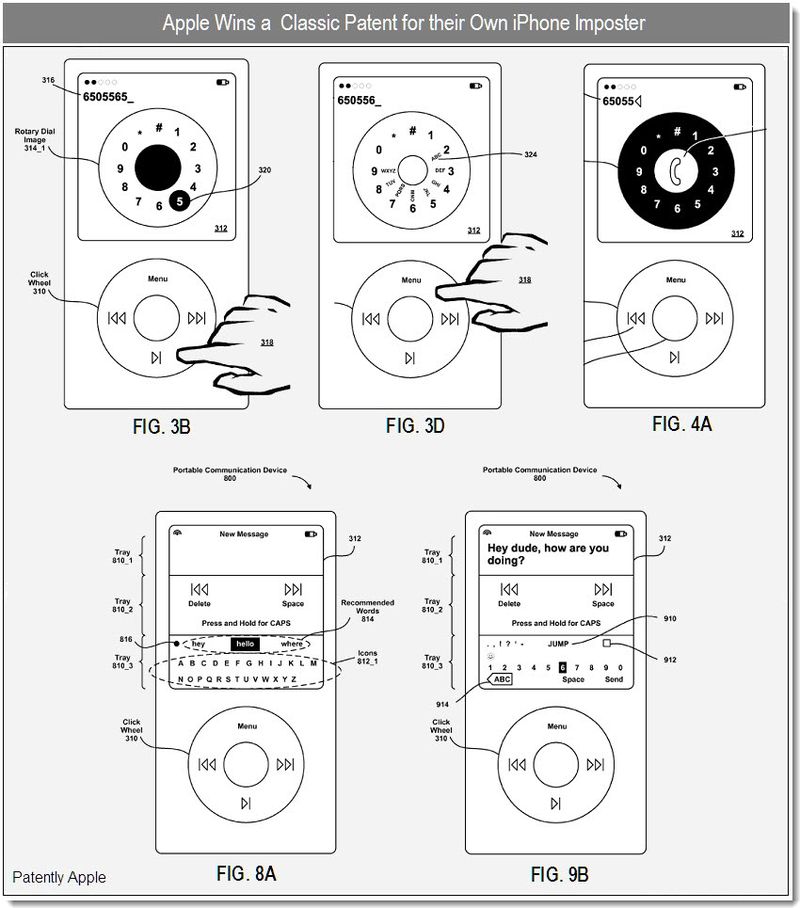 To make it clear, CEO Steve Jobs is listed first on this patent. So – Yes, the great CEO of Apple now goes down in history as also being a jokester with the best of them. Well, corporately speaking that is (Ha!). The others pulling this joke off were the engineering team members Scott Forstall, Greg Christie, Bas Ording, Imran Chaudhri, Stephen Lemay, Marcel Van OS, Freddy Anzures and Mike Matas. Ha - You've got to love this one!

Apple has also been granted design patents for MagSafe, the iPod Classic, the iPod nano and an iPhone with a square home button. The design, save for the square home button, appears to be that of a 3G iPhone. Though it should be noted that the filing date of this design patent was only made in March 2010, or one Quarter prior to the iPhone 4's debut. Make of it as you will. 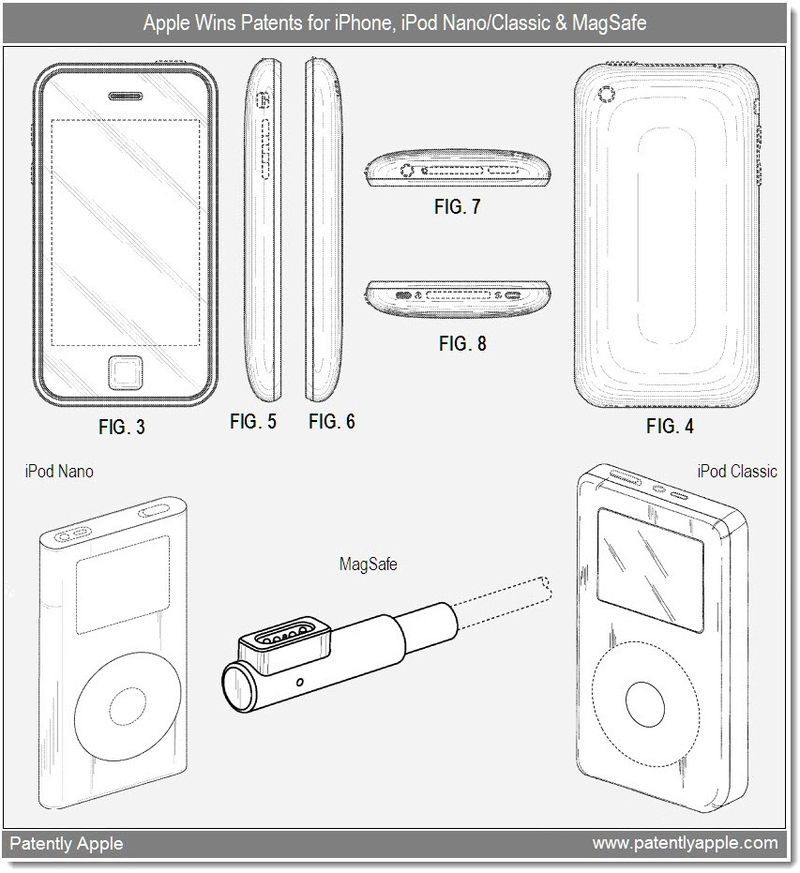