On this Special iTunes Tuesday, the US Patent and Trademark Office officially published a series of twenty-one newly granted patents for Apple Inc. today. The notables within this group include the all-important original iPhone design – a design that changed the way all smartphones were and will be designed in the future. Just like how the Beatles changed the music scene forever back in 1964. In addition, Apple was granted patents for their Final Cut Pro's scripting engine and the technology behind Aperture's processing of RAW images. Finally, Apple was granted a major patent for an extra-wide trackpad which has only been partially fulfilled to date.

On the day that Apple has an exciting iTunes announcement, Apple received granted patents for their original iPhone and second generation iPod shuffle. 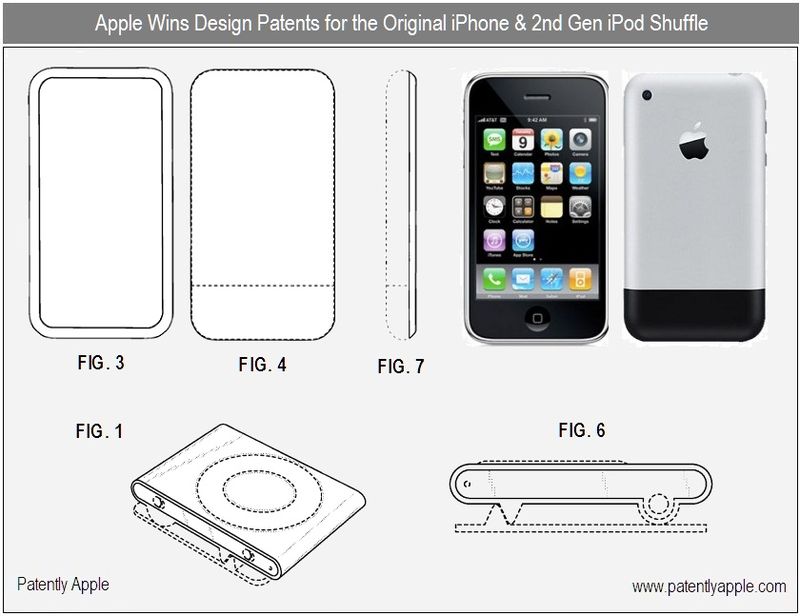 Apple has been granted a patent for the original iPhone that debuted in 2007. While Apple's patent graphics don't illustrate the classic home button or receiver to confirm it's an iPhone, the patent verbiage does: "Examples of an electronic device are a computer, a portable or hand-held electronic device, media player (e.g., music, video and/or game player), media storage device, a personal digital assistant, and a communication device (e.g., cellular phone)."

While we're on the subject of media players, it should be noted that Apple was also granted three additional patents in this field. The first one covers iOS device headphone jacks under patent 7,833,055 titled "Audio plug with cosmetic hard shell." The second and third patents relate to their powerhouse A4 processor in respect to memory controllers under patent 7,836,372 and store memory operations under patent 7,836,262.

Today, Apple has been granted their second extra-wide trackpad patent. Their first related patent was granted to them back in July 2009. Thus far, Apple has partially implemented the technologies behind this patent in their current MacBook Air and MacBook Pro line-ups. Apple's patent also delves into advanced imaging, infrared and optical emitter-detector sensors that could be used in future iterations of their MacBook lineup. 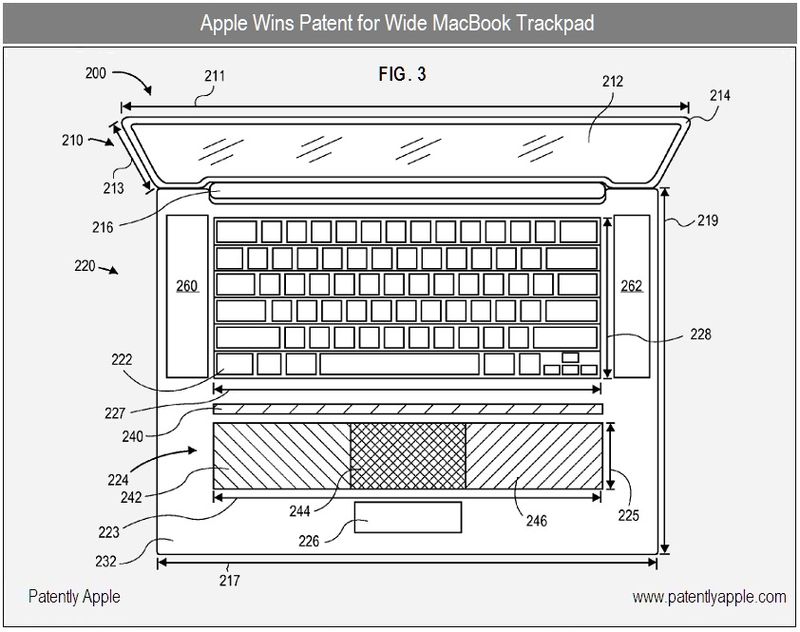 And while we're on the subject of the MacBook, it should be noted that Apple has been granted two additional patents. The first is a patent for the MacBook's Latch which opens up to the battery and hard drive, under patent 7,835,150. The second covers a shock mount assembly that is configured to provide impact absorption to sensitive components such as the display and optical disk drive under patent 7,835,147. 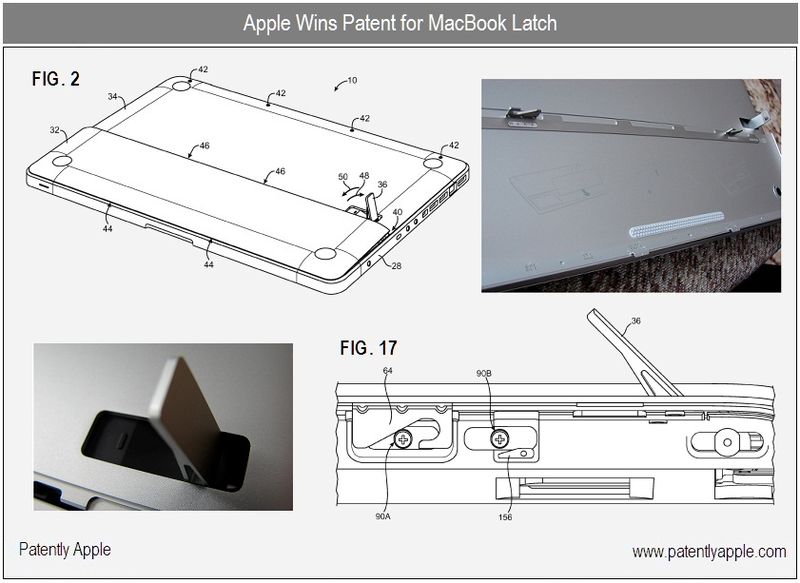 Some of the other interesting patents that were published today include one covering Apple's Aperture application under patent 7,835,569. This particular patent covers a system and method for processing RAW images using a conversion matrix interpolated from predetermined matrices that characterize the camera used to obtain the RAW image. Additionally, Apple was granted two Apple Mail related patents respectfully covered under patents 7,836,135 and 7,836,136. And our last interesting patent of the day covers patent 7,834,888 which relates to Apple's Final Cut Pro's scripting engine. According to Apple's patent, the scripting engine "performs various image manipulations ranging from basic operations such as "blend" "channelfill" and "multiplyChannels" to more complex operations such as "levelmap" and "colorkey." Of course, most scripts combine more than one of these operations to build interesting effects or transitions.