Next-Gen iPhone Displays May Support Touch with Gloves On

Today's projection-type capacitive touch-panels are becoming increasingly popular with their adoption in devices like Apple's iPhone. Compared to resistive films, however, projection-type designs have been limited in terms of the range of objects that they could sense. But a next generation touch technology may find its way into next generation 2011 iOS devices to change all of that.

According to a newly published report by the Nikkei Business Publications, Japan's Hitachi Displays has developed a projection-type touch panel capable of detecting insulators such as plastic and cloth. The new touch panel is still a projection design, but could be operated even while wearing gloves. Users could select icons with the tip of a fingernail, input handwriting with a plastic pen, and enjoy a wide range of other input methods. In short, it overcomes the disadvantages that the technology had suffered from in comparison to resistive films, making possible multi-touch operation with both insulators and fingers. 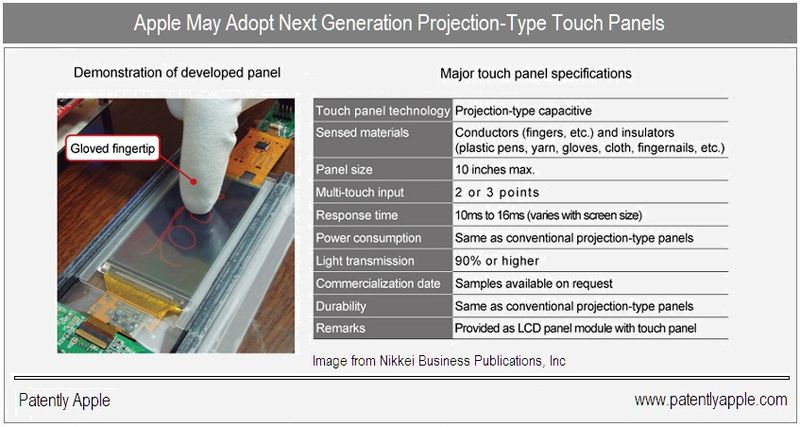 The new panels range from 3 to 10 inches in size, covering Apple's current lines of iOS based devices. Considering that Apple is a pioneering leader in this field, we're likely to see this technology come to iOS based devices in the coming years.

Update November 9, 2010: The photo below illustrates the fact that the Projection-Type of touch panel could sense a plastic tipped stylus. This news just happens to coincide, to some extent, with Apple's latest granted patent. 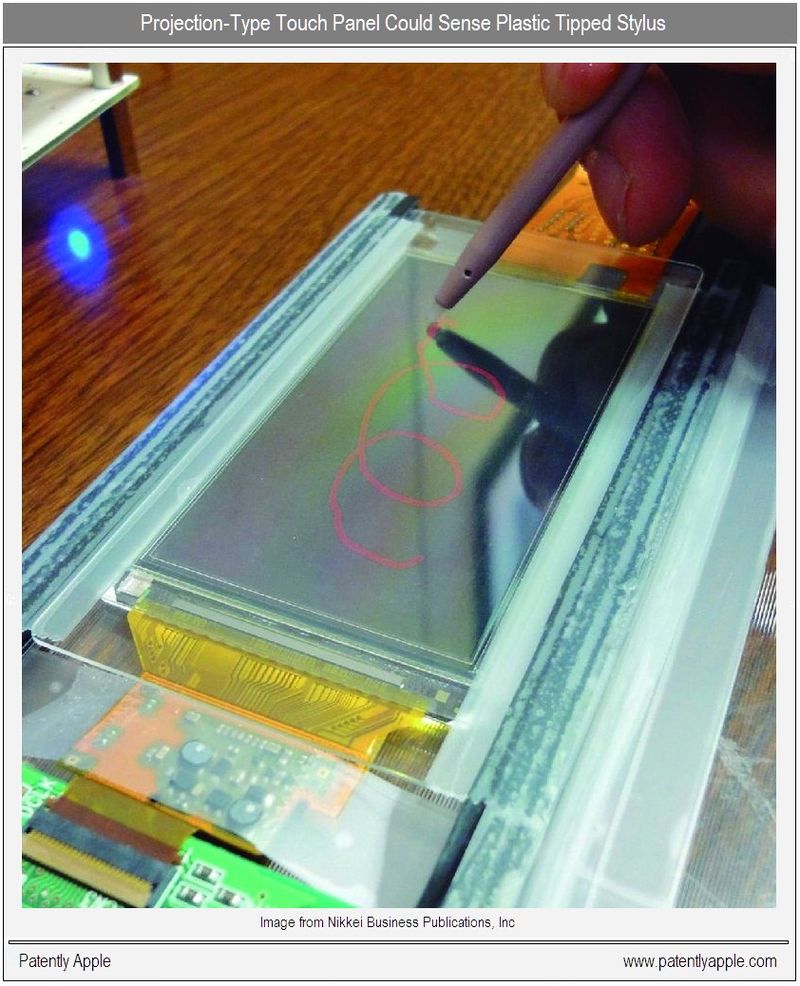