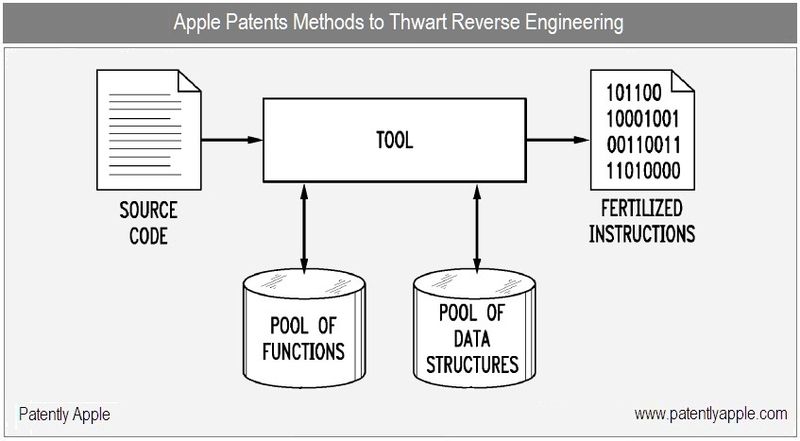 Not all patent reports are as much fun as reading about a new laser tagging game and framework from Apple. Yet sometimes it's as, or even more interesting to read about some of the more hum-drum type of devices and technologies that Apple's engineers are working on in their labs - because they're more likely to get implemented than the flashier patents. One such patent involves new battery techniques. Another is found in this current patent report which presents you with a glimpse at what Apple is doing to thwart the efforts of reverse engineering. Apple is working on several avenues on this front and we'll give you a peek at what they're up to.

Would-be attackers typically have access to the executable code for software and could try to reverse engineer it at their leisure. Those of skill in the art are aware of many approaches to harden a piece of software to such reverse engineering attempts. However, problems with these approaches include rapid growth of source code and increased computational requirements. Such source code could be very difficult to maintain. Further, if an attacker compromises the hardening scheme, the software is difficult to rewrite.

Disclosed herein are systems, computer-implemented methods, and tangible computer-readable media for obfuscating code, such as instructions and data structures. Also disclosed are tangible computer-readable media containing obfuscated code. In one aspect, a preprocessing tool (i.e. before compilation) identifies in a source program code a routine for replacement. The tool can be a software program running on a computer or an embedded device. The tool then selects a function equivalent to the identified routine from a pool of functions to replace the identified routine. A compiler can then compile computer instructions based on the source program code utilizing the selected function in place of the identified routine. In another aspect, the tool replaces data structures with fertilized data structures. The two approaches can be combined to fertilize both routines and data structures. These approaches can be applied to various portions of source program code based on needs for complexity, speed, or resistance to reverse-engineering attempts. A software developer can flexibly configure how and where to apply this approach to the source code. The tool can be incorporated as part of a compiler or as separate modules acting external to a compiler.

Obfuscating Source Code with a Preprocessor 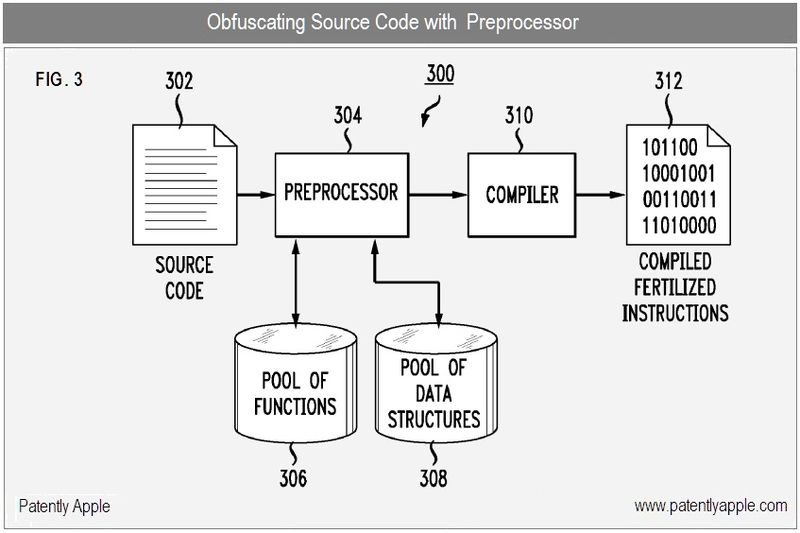 Apple's patent FIG. 3 illustrates another system 300 that obfuscates source code 302 with a preprocessor 304 which selects one or more equivalent functions from a pool of functions 306 to replace the identified routine and/or one or more equivalent data structures from a pool of data structures 308. The preprocessor 304 passes obfuscated intermediate code to the compiler 310 which generates compiled instructions 312. One advantage of this approach is that any suitable commercial off-the-shelf compiler can be used without modification. Another advantage of this approach is that the preprocessor is interchangeable with other preprocessors having different performance characteristics, such as faster compile times or recursive replacement. The system can chain a series of preprocessors one after another in order to perform several fertilization passes at each preprocessor. Apple's noted patent FIG. 5 above represents the heart of this invention. It illustrates a detailed view of an example obfuscating compiler. A compiler could include a subset of the shown components as well as additional components.

If you're interested in this topic, then use this temporary link to check it out further. If you're not a programmer or engineer, you may find it a difficult read. Apple credits Pierre Betouin (France), Mathieu Ciet (France) and Augustin Farrugia as the inventors of patent application 20100281459, originally filed in Q2 2009. Update December 2, 2010: Another related patent has surfaced on this matter under patent 20100306497.

There were three iMovie and Final Cut related editing centric patents published today if that interests anyone. The titles of these patents include the following: "Tool for Navigating a Composite Presentation" (20100281372); "Tool for Grouping Media Clips for a Media Editing Application" (20100278504); "Editing and Saving Key-Indexed Geometries in Media Applications" (20100281380). The image noted below belongs to the latter patent.

Note: the temporary links noted above in parenthesis will only last a few days. Should any of the noted links lead you to unrelated patents, simply take the patent numbers noted above and feed them into this search engine.

Update 4:30 PM: Although the patents noted above don't state that Apple is the assignee, the fact is that late Apple filiings do just that. One example form related to one of the late filings is noted below covering patent 20100281372. The USPTO form was modified to fit our page. 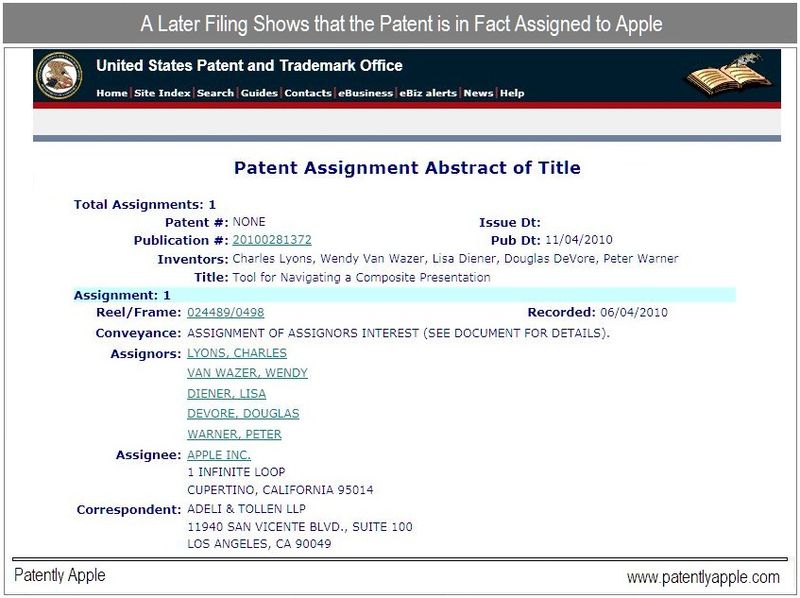 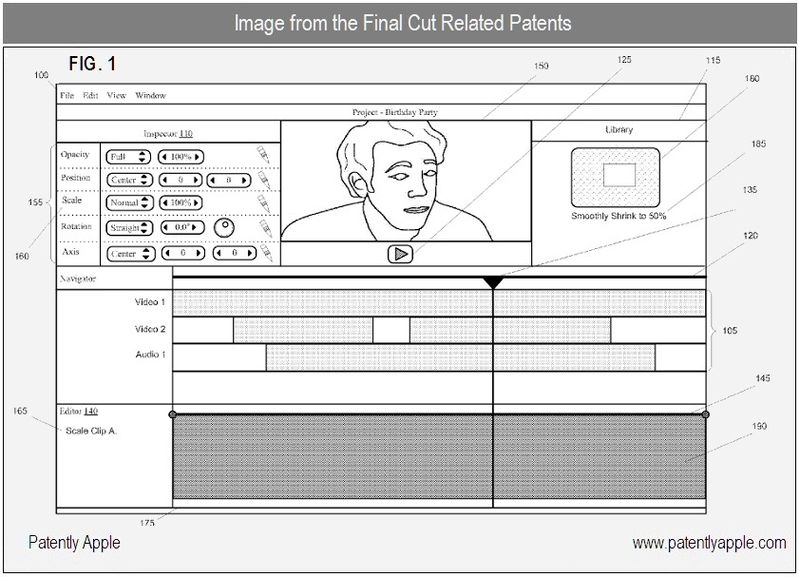