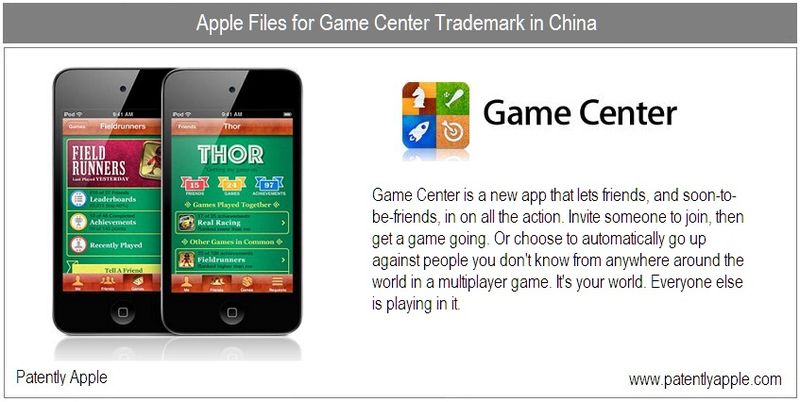 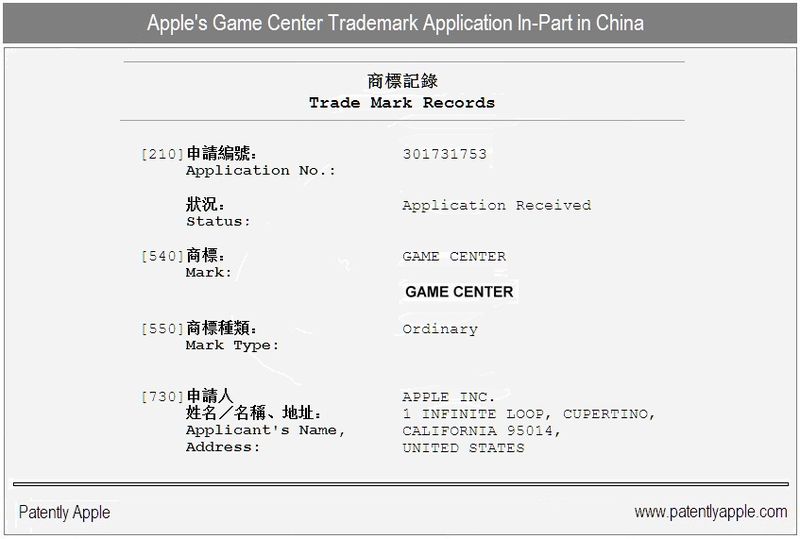 Apple asserts a claim of priority based on their Jamaican application number 55424, filed in August 2010. It should be noted that China's Patent and Trademark Office noted in this report is officially known as the Intellectual Property Department, the Government of the Hong Kong Special Administrative Region.

Update October 12, 2010: Apple has filed for the Game Center trademark in Europe under applications 009434887 and 009434879. Though published on Oct 12, 2010, the official date of the filing is noted as being October 8, 2010. Apple's European trademark applications generally cover the following Class basics: