Apple Sued for the Sale of Video Programming on iTunes 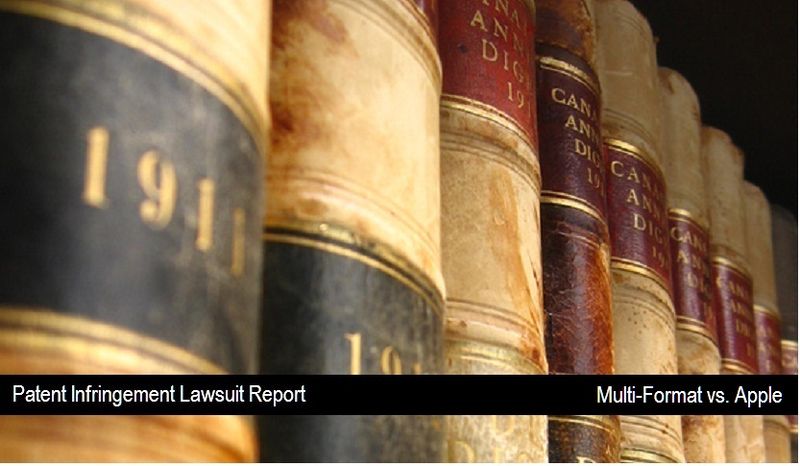 A private New Jersey Corporation by the name of Multi-Format Inc., has filed a patent infringement lawsuit against Apple in the Northern District of Illinois East District Court. The lawsuit appears to be concerning the sale and enabling of downloaded video content like movies and HDTV programming on iTunes to all of Apple's hardware including the iPhone, iPad and Apple TV. Multi-Format Inc., is seeking a "reasonable royalty" from Apple and has further asked the court to consider tripling the damages accessed if the damages are not found by a jury – according to the inclusion of sub-section 284 of the U.S. legal Code found in their complaint.

A New Jersey Corporation by the name of Multi-Format Inc. is suing Apple for alleged patent infringement. The patent that is at the heart of this lawsuit is RE38,079 ("the '079 Patent") entitled: Multi-Format Audio/Video Production System.

The alleged patent infringement is laid out in-part as follows: "Apple has made, used, sold, offered for sale and/or imported products which enable the downloading and viewing of video programs, including, but not limited to, the personal computers, including the Power Mac G5, iPhone (including 3GS and 4G), iPad, iPod classic, iPod nano, iPod Touch, Apple TV, and iTunes products, throughout the United States, including in this judicial district. These acts by Apple have directly infringed at least claim 20 of the '079 Patent…"

"Apple has also committed and will continue to commit acts that constituted, with its knowledge of the '079 Patent, knowing and intentional inducement of the infringement of at least claim 20 of the '079 Patent by others within the meaning of 35 U.S.C. § 271(b) through, among other things, its acts of making, using, marketing, distributing, providing, testing, configuring, selling and/or offering to sell in the United States and importing into the United States Power Mac G5, iPhone (including 3GS and 4G), iPad, iPod classic, iPod nano, iPod Touch, Apple TV, and iTunes products; and allowing, authorizing or otherwise providing capability and/or access to third parties or its customers to, inter alia, download and view video programs. The use of the referenced products by Apple's customers or other third parties to, inter alia, download and view video programs, constitutes direct infringement within the meaning of 35 U.S.C. § 271(a).

The Relief Sought in this Case

"Multi-Format demands judgment against Apple, including its affiliates, offers, agents, servants, employees, and all persons in active concert or participation with them." The key judgment is:

"An award to Multi-Format of such damages as it shall prove at trial against Apple that is adequate to compensate for their unlawful conduct, said damages to be no less than a reasonable royalty, together with prejudgment interest from the date infringement of the '097 patent began."