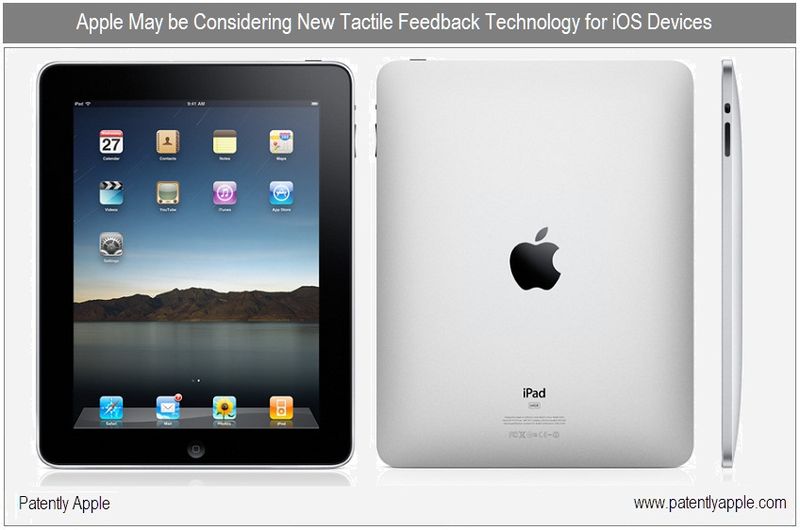 Prototypes have recently surfaced using Apple devices to show off a new tactile feedback technology. The company behind this next generation tactile technology is Senseg. Senseg's technology isn't powered by mechanical motors like older technology but rather based on virtual touch technology. This means that it doesn't have any mechanical parts that could wear-out. Senseg E-Sense™ software could produce localized tactile feedback in small areas of the surface of the device without having to vibrate the whole surface.


The Photos shown below were published by one of the websites owned by Nikkei Business Publications, Inc. The first is claimed to be that of an iPod touch and the other an Apple iPad, though it seems to be a smaller version. The iPod prototype, according to the publication, was rigged by Toshiba (who felt in necessary to tape over the unit to try and disguise it). Yet being that the iPad wasn't covered, it would appear that Apple may be in fact be considering the new tactile feedback technology. 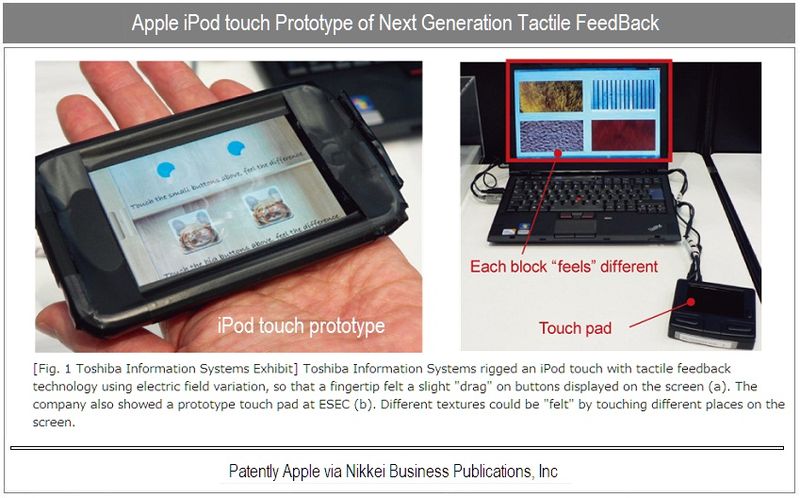 The Nikkei Business Publication stated that "Toshiba Information Systems revealed the wide range of sensations possible with demonstrations of prototype iPod touch and touchpad implementations at the 13th Embedded Systems Expo & Conference (ESEC) (Fig. 1). When the user slides a fingertip across a button on the iPod touch, for example, there is a slight "catch" as if the finger is scraping across a real button. On the touch pad, the company displayed regions marked "brush," "rough," and "bumpy" on the screen, and users could feel each with a fingertip (Fig. 1b)." 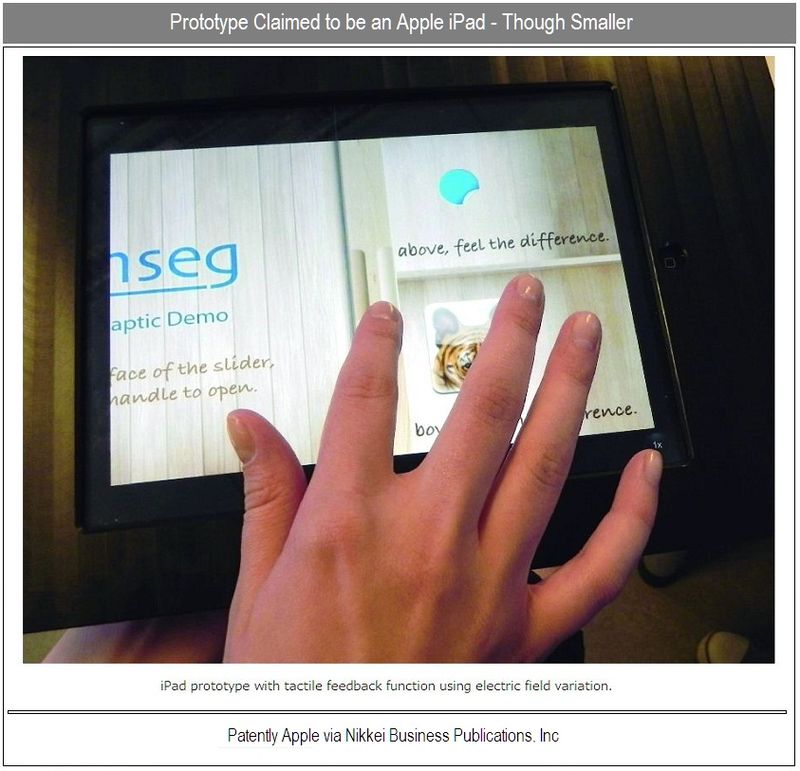 About the New Tactile Feedback Technology 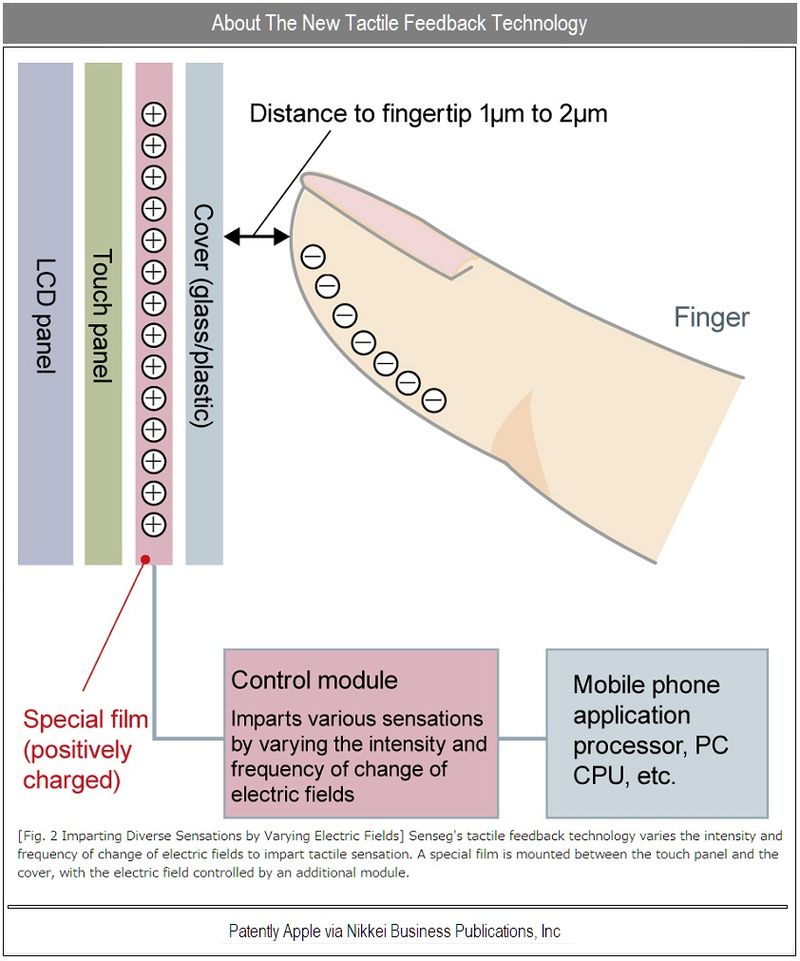 A Senseg based source stated that "We expect to see our technology implemented in notebooks personal computers, tablet terminals and other touch panels and touch pads in the first half of 2011. In the second half we hope to be used in mobile phones."

It should also be noted that the new technology could equally be applied to the backside of any device to provide sensation for games, for example, or simple sensations of a texture.

The Nikkei Business Publications report never identifies the source of the prototype photo of the smaller version of the claimed Apple iPad. It's a little difficult to believe that Apple would allow prototypes of their devices to be used publicly in presentations – but that's what is claimed was shown at the 13th Embedded Systems Expo & Conference 2010 this past May and the video below somewhat supports that. Time will tell if this pans out as described.

The Nikkei publication did get it wrong. Good catch Wolfgang. It is an iPhone and not an iPod touch.

i think, there is no iPod Prototype it is a normal iPhone 3Gs (see at 1:37 the camera at backside)

The proof that something like this is coming is that the back of iPhone 4 is glass. That is a HUGE tell.

Seems better than Immersions. But isn't one problem layering? The special layer is the glass/plastic right on top - how would that fit with Apple's current glass design?

Would be great news potentiallyfor the blind/visually impaired to help accessibility by giving boundaries of UI elements etc.

In some ways, wouldn't it make more sense in the Magic Pad/Mac trackpad? We'll see I guess, the multiyear rumour of a Tablet finally came to fruition, so who knows if Apple will eventually add tactile feedback. Seems NFC might be more likely for iPhone 5 - If Senseg's stupid enough to be touting it on Apple tech, then my guess is we won't see it for a while. If Apple was on board, wouldn't Senseg now be screwed?