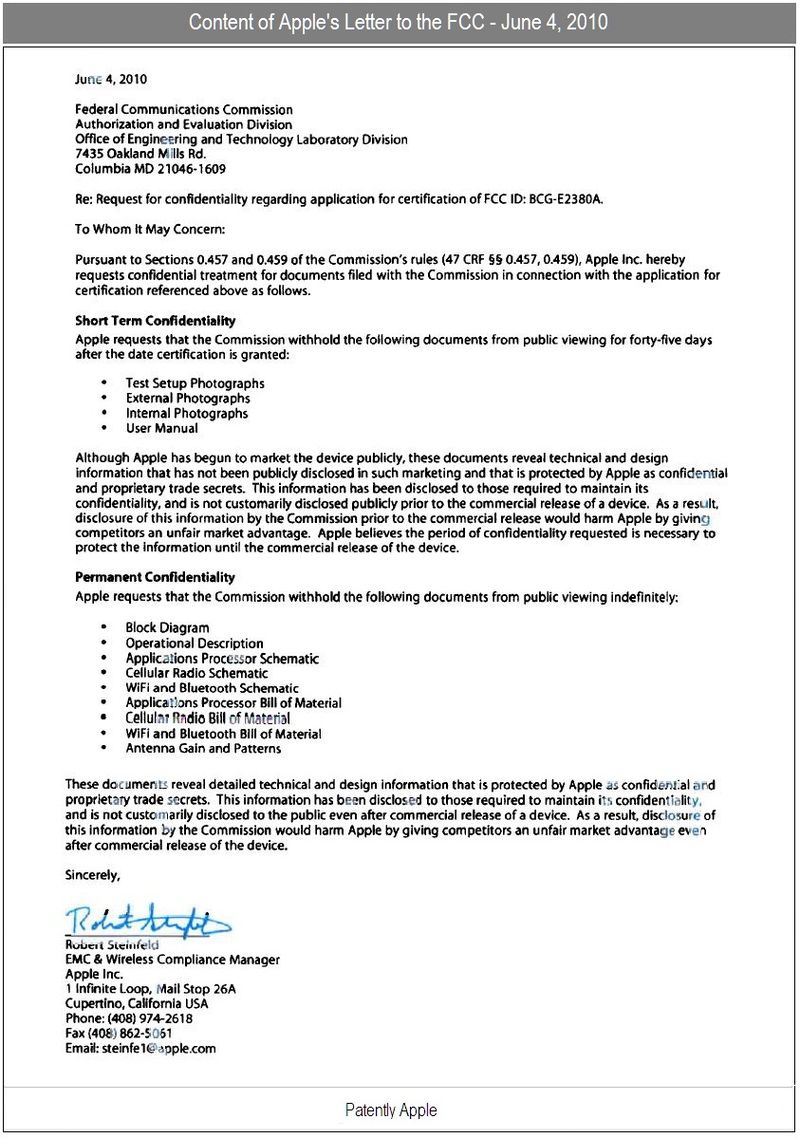 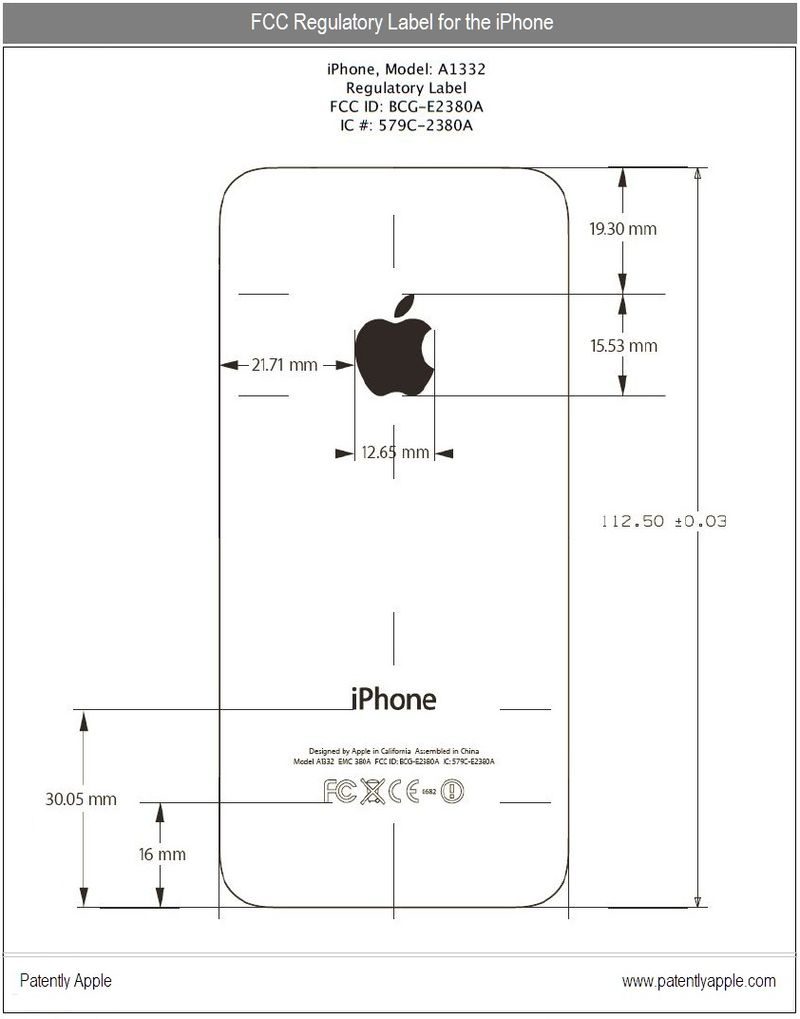 @David. Your last point is the best. There should be a lot of surprises. Jobs did tell us of 200 + changes were coming. So Good point.

Apple tells the FCC and developers at WWDC to keep things secret and then reveals the WWDC sessions that supposedly confess that the iPhone has double the RAM. I think they blew the surprise and secret. But maybe, there's more. Maybe Apple could intro a feature like the swipe control feature that they patented. That's software not hardware so you can hide it.

Lastly, Apple keeps telling us over and over again that there's something like 200 changes coming to the iPhone 4 and they've only shown us what? 15-20? So there's a ton of room for surprises on that basis.

I'd say that the most interesting document, of particular use to Apple's competitors, is the antenna gains and patterns document. The other information will be relatively cheaply and easily revealed by doing product tear-downs (and frankly there's not a lot likely to be new in block diagrams, schematics, and bills of materials). The RF and antenna performance information is more expensive to reverse engineer.

They might be trying to protect details of the stainless steel antenna.

I'm not too hopeful about the GSM/UMTS + CDMA combo phone, but there is some interesting speculation on pentaband 3G support here http://www.tuaw.com/2010/06/07/iphone-4s-multiband-antenna-makes-it-a-true-world-phone/ and here http://www.engadget.com/2010/06/07/iphone-4-hits-fcc-becomes-worlds-second-announced-pentaband-3g/ -- Apple's marketing so far has indicated quad-band GSM only.

I don't think there is a lot of information available on the 3-axis gyroscope in iPhone 4 either. It will drive some interesting apps (not just games) that wouldn't work with the accelerometer alone. They have a lead on everyone else in this department and I think they'd like to maintain it as long as possible.

The easiest feature to hold back? A Radio. It's a software thing that Apple already implements in the nano and you can hide it easily. I vote for an FM radio ++.

Would a move like this give Apple an unfair competitive advantage?

Apple has to learn from this. Keep 1 or 2 features back or secret until launch day and then watch the buzz go through the roof when they're revealed! Secret Marketing, a whole new kind of buzz. Way to go Apple! I love it.

Oh for sure. The doubling of RAM is likely the killer secret that got revealed yesterday and shouldn't have. That would have been a huge buzz on the launch day if kept secret. So the FCC letter is bang on. In April this site had the "User Manual" ahead of everyone and it did reveal more than the flimsy thing that Apple actually gave iPad users. So I think it's really about the user manual at this point.

Is it a touch sensitive backing? It would make sense now that they have adopted a flat glass back as opposed to the more ergonomic curved one on previous models.

I agree with Jim. Apple has go to keep a surprise or two for the actual launch date of future products. It creates such a buzz. Would I like NFC? Sure. But it's likely to be some minor surpsise. I'm already happy with the ram, so maybe....a new video boosting capability for FaceTime ... or some interesting little detail in the "User Manual" that they list above. Maybe it's a battery life stat or support for a new wireless standard.

I think that the jump to 512MB RAM on the iPhone is proof enough that this letter was hoping this to be a secret for an even better launch buzz. So that discovery could have been the biggest of the "secrets." Others could be details found in the user manual that may be very good to something disturbing about radiation due to California's new law about disclosure. So while I expect some other minor details to arise, I think that the biggest news surprise is already out concerning the RAM.

This "surprise thing" may be a new marketing tool of Apple's going forward because it sure get's the mind wondering and it makes it a lot of fun. Great conversation for the weekend with friends.

How about the ability to use the phone instead of a credit/debit card, to pay at point of sale or to transfer funds using someone else's iPhone?

This also could be technology related to AppleTV, living room remotes and gaming, video streaming and the new data center services and/or the iTunes store.

I seriously doubt it would be a CDMA phone if you look at the specific info Apple wants to hide. They would have to have a different FCC ID than a phone that would be GSM. I haven't seen a phone that is both CDMA and GSM at the same time.

How about AWS, so that T-Mobile could sell the iPhone?

Near Field Communication, I hope

A good source says a combination CDMA / GSM cellular radio system that would make this phone compatible with most Cellular networks in the United States.

This will allow the phone to be activated with the provider of your choice. The worlds first phone to support all Major cellular systems.

I'd say Sprint, since they already have 4g coverage...

They probably want to prevent HTC and others discovering some basic mods to existing technology that probably extends battery life and radio range. If Apple wants the FCC to withold the info, then it's because none of the info is protected by patents and therefore can be used by anybody, thus defeating some of the advantages this new iPhone has.