On May 12, 2010, the US Patent & Trademark Office published Apple's latest trademark application for "TuneKit" under application 85031150 just four days after publishing Apple's "iTunes Live." Apple has filed their trademark under International Class 009 covering "computer software to enable users to program and distribute audio, video, text and other multimedia content via communications networks." Apple's TuneKit provides developers with a library of resources to use in creating iTunes LP and iTunes Extras as a framework that abstracts the WebKit Rich Media technology leveraged by iTunes. You could obtain a PDF of Apple's TuneKit Programming Guide v1.0 here.

In International Class 009, the mark was first used at least as early as 11/23/2009 and first used in commerce at least as early as 11/23/2009, and is now in use in such commerce. Apple has submitted a single specimen showing the mark as used in commerce on or in connection with any item in the class of listed goods and/or services, consisting of a screenshot of Apple's website where the software is available for download. 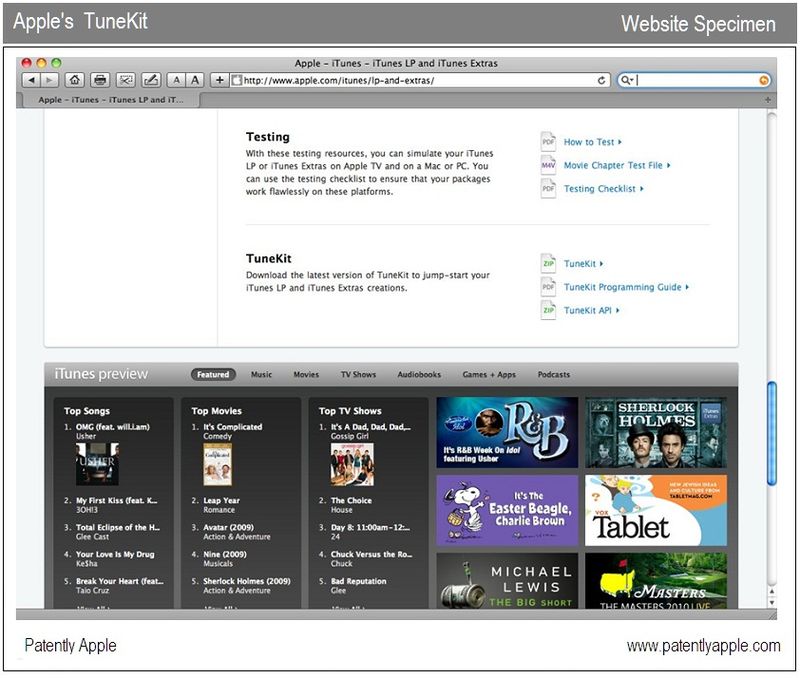