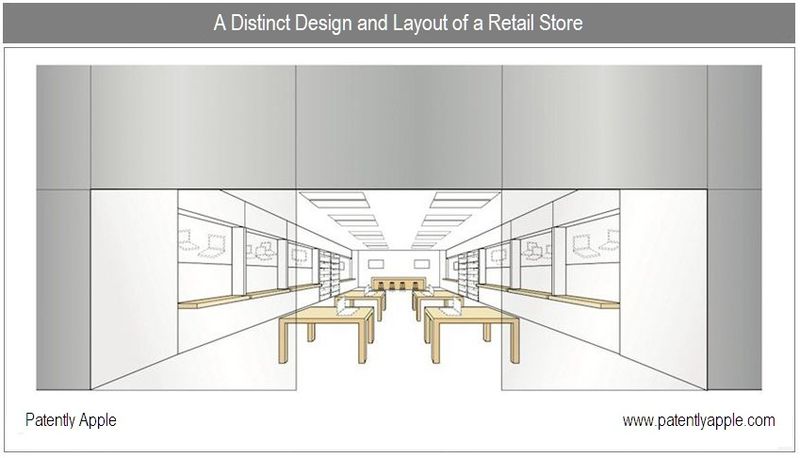 This afternoon SlashGear pointed to new US Patent & Trademark Office trademarks for Apple under applications 85036990 and 85036986 pertaining to an Apple Store design. These application numbers don't yet officially appear in the USPTO database. Apple has supposedly filed their trademarks for the Apple Store design under International Class 035 covering "Retail store services featuring computers, computer software, computer peripherals, mobile phones, consumer electronics and related accessories, and demonstration of products relating thereto." The filings present a mark that "consists of distinctive design and layout of a retail store." The first illustration is presented above in color. A secondary black and white illustration and a retail store photo is presented in this report.

In International Class 035, the mark was first used at least as early as September 2006, and first used in commerce at least as early as September 2006, and is now in use in such commerce. The applicant is submitting one specimen showing the mark as used in commerce on or in connection with any item in the class of listed goods and/or services, consisting of a Photograph of Applicant's store. A Black and White Illustrative Drawing 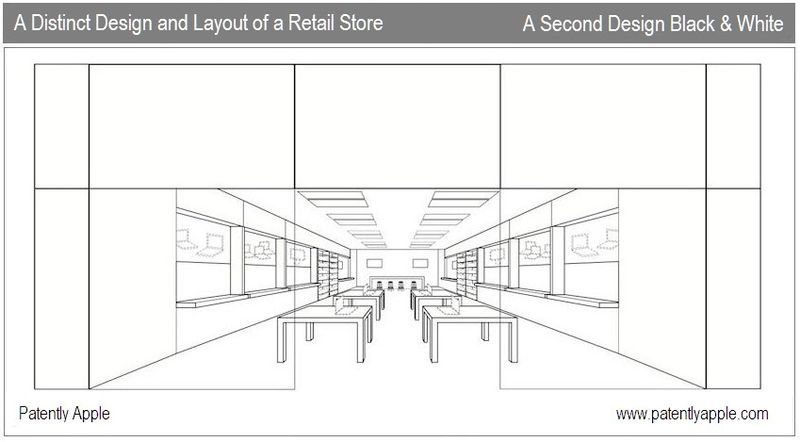 Trademark Update: The applications in question were officially added to the USPTO's "Assignments on the web" database May 19, 2010.

Apart from this on the same day Apple has also filed for a trademark for a logo that has a cloud prominently featured on it - application bearing serial number 85037005. Perhaps this a smart rejoinder to Google's web expansion plans as announced earlier?