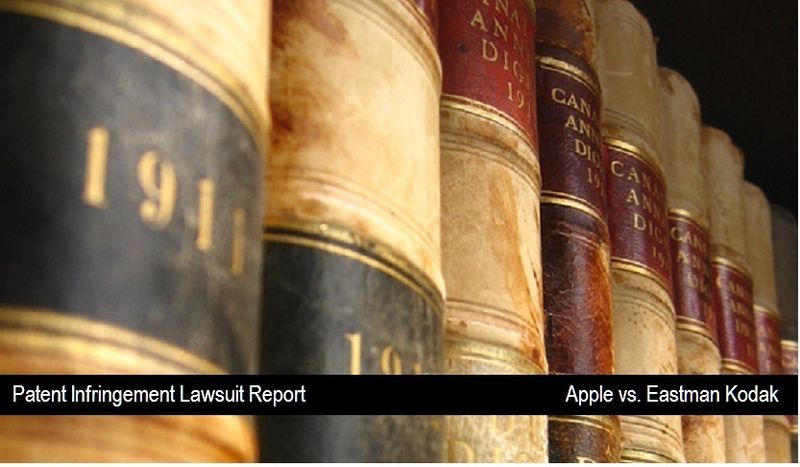 In February, Eastman Kodak Company filed a patent infringement complaint with the US International Trade Commission against Apple Inc. over digital camera technology used in the iPhone. It was revealed today in court documents that Apple Inc filed a counter suit against Eastman Kodak on April 15, 2010. The intellectual property patent suit was filed in the California Northern District Court. Apple claims that Kodak has infringed on two of their granted patents and lists the products under violation. Apple is seeking a trial by jury.

5. Personal jurisdiction of this Court over Kodak is proper because Kodak commits acts of infringement in violation of 35 U.S.C. 271 and places infringing products into the stream of commerce, through an established distribution channel, with the knowledge and/or understanding that such products are sold in the State of California, including in this district. These acts cause injury to Apple within the District. Upon information and belief, Kodak derives substantial revenue from the sale of infringing products distributed within the District, and/or expects or should reasonably expect its actions to have consequences within the District, and derives substantial revenue from interstate and international commerce. In addition, Kodak has knowingly induced, and continues to knowingly induce, infringement within this State and within this District by contracting with others to market and sell infringing products with the knowledge and intent to facilitate infringing sales of the products by others within this District, by creating and/or disseminating user manuals for the products with like mind and intent, and by warranting the products sold by others within the District.

The Products Infringing on Apple's Patents as per the Court Document

Apple will have put Kodak on notice of the '964 [and RE'911] patent[s] and Kodak's infringement thereof by no later than upon service of this Complaint.

As a result of Kodak's act's of infringement, Apple has suffered and will continue to suffer substantial damages in an amount to be proven by trial.

Apple demands trial by jury for all issues so triable under Federal Rule of Civil Procedure 38(b) and Civil Local Rule 3-6(a). 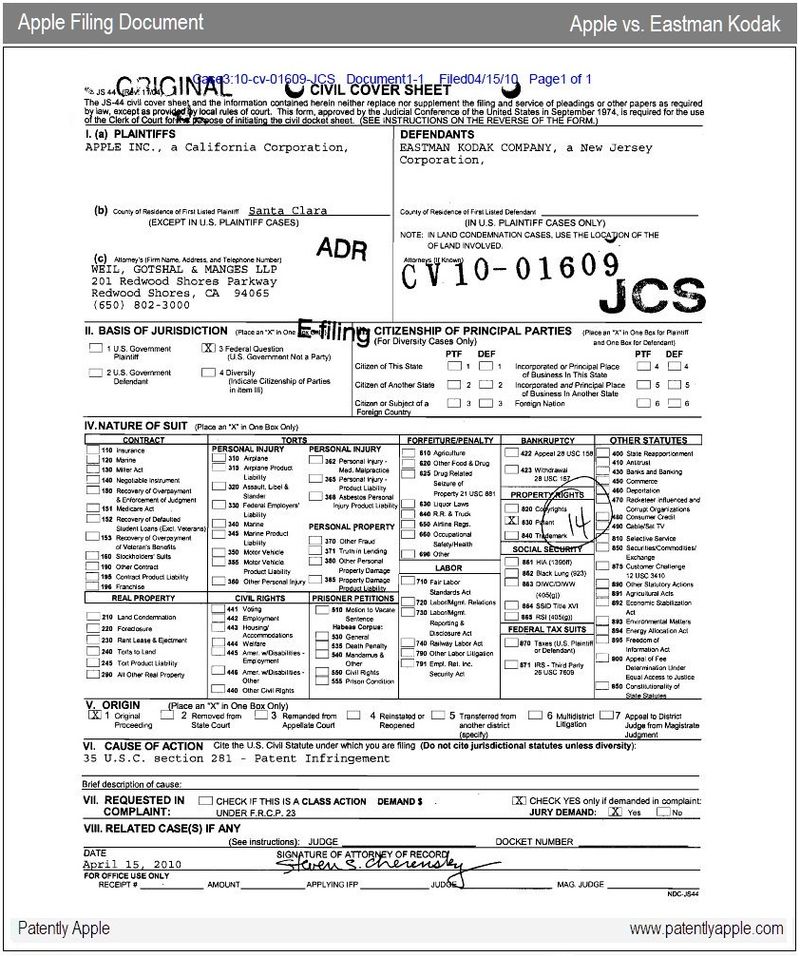