In the big picture, Apple's patent generally relates to image projection systems and, more specifically, to an image processing system integrated into a portable computing system. 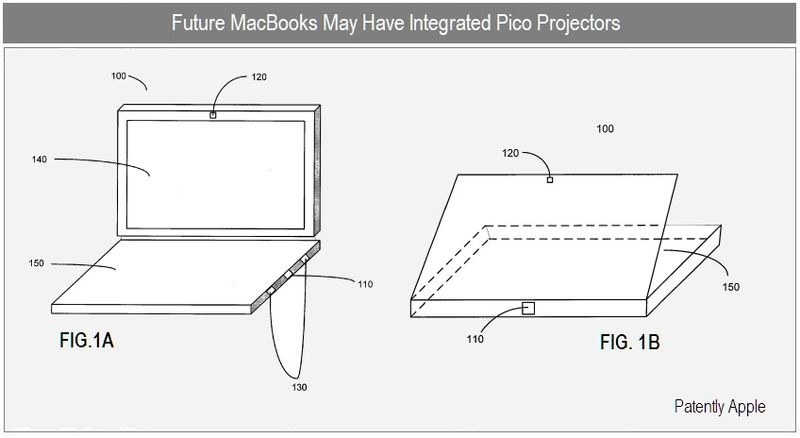 Apple's patent FIG. 1A depicts a MacBook with an integrated image processing system. As depicted in FIG. 1A, the operator of the MacBook may be able to use their keyboard while projecting images at the same time. More specifically, by locating the projector on the side of the MacBook, the user may orient it such that the MacBook is approximately orthogonal to the projection surface (see figure 2 below).

It should be noted that various interfaces may be used, such as transition minimized differential signaling ("TMDS") which may be used for high speed transmission of serial data, high definition multimedia interface ("HDMI") which may be used for the transmission of uncompressed digital streams, red green blue ports, display ports ("DP") and so on. HDMI has been rumored to be coming to the Mac and this is one patent presenting it as fact on a future Macbook.

The MacBook, system wise, will consider the projection system as simply being a secondary display

Apple's patent FIG. 2 noted below depicts an example of a future MacBook projecting an image onto a projection surface 180. 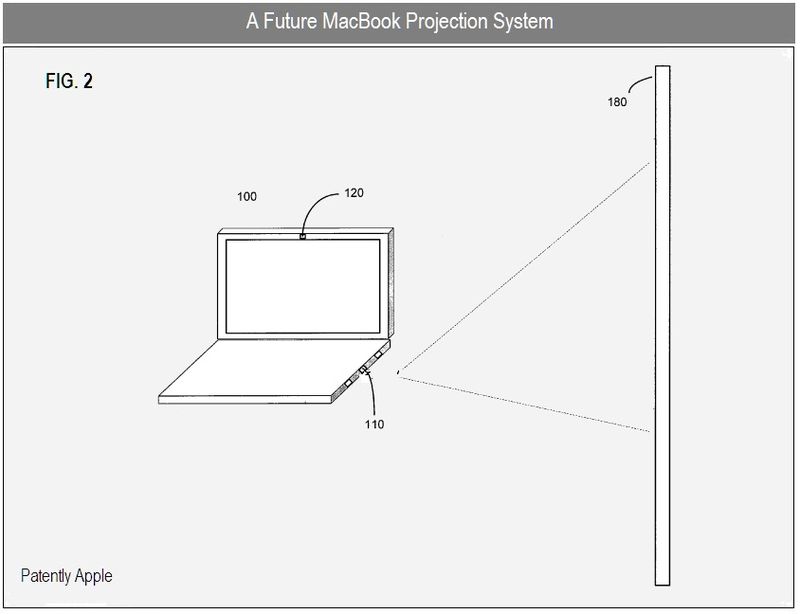 It should be noted that when Patently Apple states "future MacBooks" it doesn't mean that they are imminent as some are attesting to. Patents don't provide release dates and neither do we.

Use some common sense folks.

Relax. Gizmodo has some good reports and some good writers. They like some patents and not others. It's just an opinion. One writer doesn't like it: so what?

Note to Apple: Gizmodo thinks this is a stupid idea. Just fire the engineers, because Gizmodo doesn't like it, okay.

You know, the guys who wrote - Apple Gestapo: How Apple Hunts Down Leaks.
http://gizmodo.com/5427058/apple-gestapo-how-apple-hunts-down-leaks

You know, the guys who went for negative headlines to get clicks with this headline: Steve Jobs, 1996: "Good Artists Copy, Great Artists Steal."
http://gizmodo.com/5483914/steve-jobs-1996-good-artists-copy-great-artists-steal

So please Apple, pass your ideas past Gizmodo first, will ya, before applying for a patent.

It would appear that the system could be used for wall-size live videoconferencing, too.