While Apple Denies Interest in Television, their Patents State Otherwise 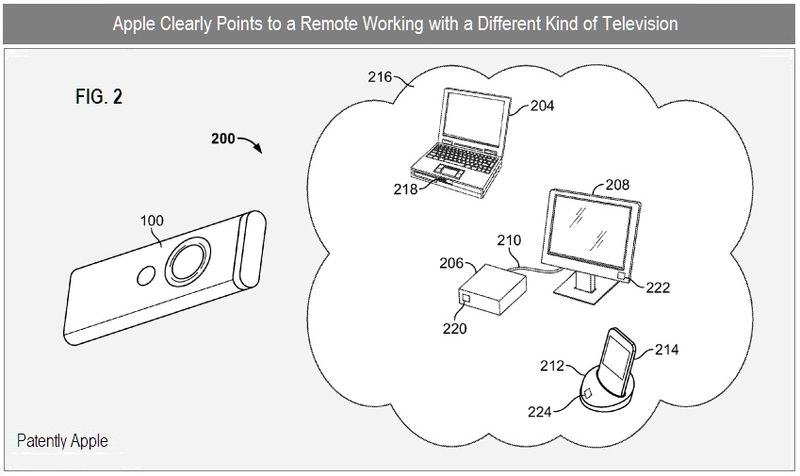 Tim Cook recently spoke at the Goldman Sachs' annual tech conference in San Francisco and supposedly stated that "Apple TV is a hobby. But "because our gut says there's something there we're continuing to invest in those," reported the Wall Street Journal's "Digit" blog. Seth Weintraub's 9 to 5 Mac went on record with Tim Cook stating that Apple had "No interest in going into the TV market. But still think there's something there." Yes, Apple continues to invest in the area of TV and our TV patent section is trying to document what we can on this very important future product. And while Apple continues to deny that they're working on a next generation television, you'd have to be an idiot reporter for even expecting Apple to say: Oh, yes, we're about to reinvent television and here are the juicy details. Ha! If you know Apple, then you know not to ask questions about "future products "and expect a reply. During every financial conference of Apple's, we continually hear analysts trying to get Tim Cook or Peter Oppenheimer to confess or have a slip of the tongue in the hopes of getting a killer headline. It's not going to happen. With that said, a very simple Apple patent was published today by the USPTO that insists that the company's Apple TV remote is to work with a clearly defined television – beyond what we know as Apple TV - the set top box style unit.


Apple TV remote to Work with a Television Too

Anyone following Apple knows what Apple TV is – including its unique little infrared remote, so I'm not going to go over the same old tech. I'm just going to point out that Apple mentions "television" separately from Apple TV noted as a "set top box," eleven times. What threw me for a moment is that Apple's patent Figure 2 shows a computer display-like device and of course my mind paid no attention to their visual that they presented. Well, until Apple insisted that it wasn't a desktop computer nor a computer display – that is. In plain English, they're calling it a "television." See for yourself in the opening cover graphic – it's patent point 208. Looks like a computer display to me - but that's what they wanted us to think.

Sorry, but that wasn't an accident. Engineers who design Apple's products aren't going to call something a television that is clearly an iMac, a desktop or simply a Cinema Display. Sometimes a television is just that, a television. So while Apple's executive officers do the right thing by denying interest in a future product – we who read and report on their patents will continue to show you the facts occurring in Apple's labs – no matter how minute they may seem to be at the moment or how contrary they appear to be from public statements.

There's no confusion here folks. Apple's TV remote is to work with a future television. And since Apple loves to get on stage to announce to the world that they've reinvented this, that or the other thing, we could easily assume that Apple is simply playing a verbal game of scrabble here. They're designing a Television; they just won't call it that when it arrives. End of story.