Hot off the Press: Apple Files for 'Magic TrackPad' Trademark

On February 26, 2010, the US Patent & Trademark Office published Apple's latest trademark application for the all new "Magic TrackPad." While Apple's trademark filing only covers International Classification 009, it should be noted that Apple covers some very interesting elements under this classification, such as: Touchscreens, Light Pens and Graphics Tablets. In July 2009, Apple was granted a patent for a trackpad that never came to market which covered advanced imaging, infrared & optical emitter-detector sensors that could be used in future iterations of Apple notebooks. The question now becomes, is the "Magic TrackPad" related to the upcoming MacBook refresh or an iPad accessory that will address graphics and light pen text generation. Let the speculation begin! 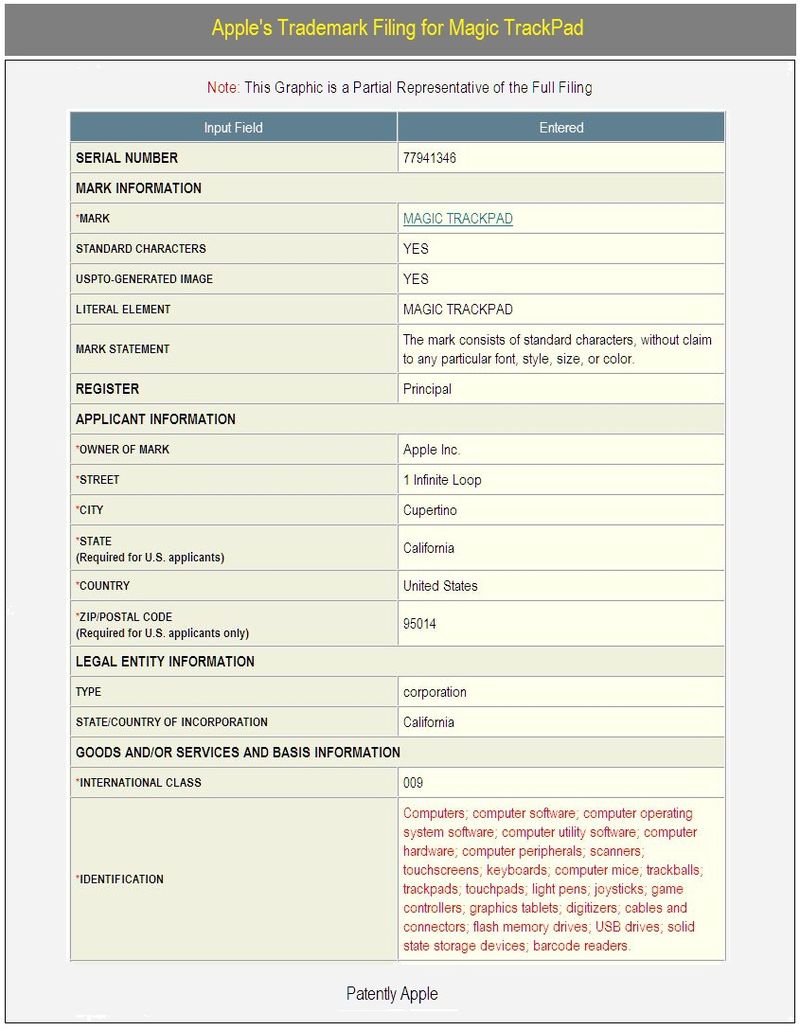 Priority based on foreign filing: Apple Inc. has a bona fide intention to use the mark in commerce on or in connection with the identified goods and/or services and asserts a claim of priority based on Trinidad and Tobago application number 41309, filed 08/24/2009.