The US Patent and Trademark Office officially published a series of 11 newly granted patents for Apple Inc. today. The notables within this group includes one that relates to Apple's iPhone IM Chat feature and technology, another crediting Steve Jobs - relates to the iPod's Hierarchically Ordered GUI and finally a granted patent that points to the iPod Classic eventually gaining still and video camera capabilities in addition to full telephony capabilities using the click wheel as a retro styled rotary phone. These types of features would provide the iPod Classic with a little more punch in the market.

Apple has been granted a patent for a proposed Click Wheel based iPod phone application. If Apple in fact decides to retain the click wheel in future versions of their iPod Classic, then we might actually see this click wheel method for dialing a phone number come to market. The retro style rotary dial UI would make it very fast and easy to dial a phone number using the click wheel. 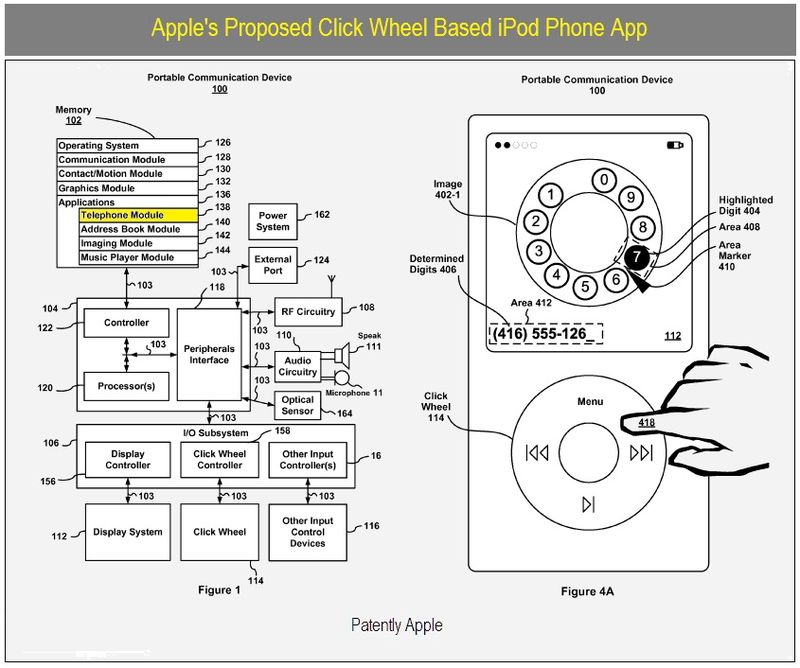 Of course, unlike the rotary dial, you'll be able to rotate in any direction suited to dial a number quickly. The unit will provide an address book module so that you could make a one click call to your contacts, so the rotary dial is only for new calls. The telephone module 138 (noted in yellow above) may also be used to receive a second call while a first call is already ongoing, without disconnecting the first call, or conduct a conference call. A menu will also display "Recent" for listing the most recent calls that have been made, answered, and/or missed. The phone app would also employ haptics to acknowledge the numbers that you're confirming while dialing.

Apple's patent also confirms that a future iPod Classic will also include an imaging module or "camera" to capture still or video images.

It should also be said that some in the Mac Community think that the iPod Classic is now toast with the arrival of the iPad. Hmm, while I wouldn't count the iPod Classic out just yet - it does make for interesting conversation and/or debate.

Apple credits Philip Mansfield and Michael Levy of Vancouver Canada as the inventors of granted patent 7,667,148, originally filed in Q4 2006. 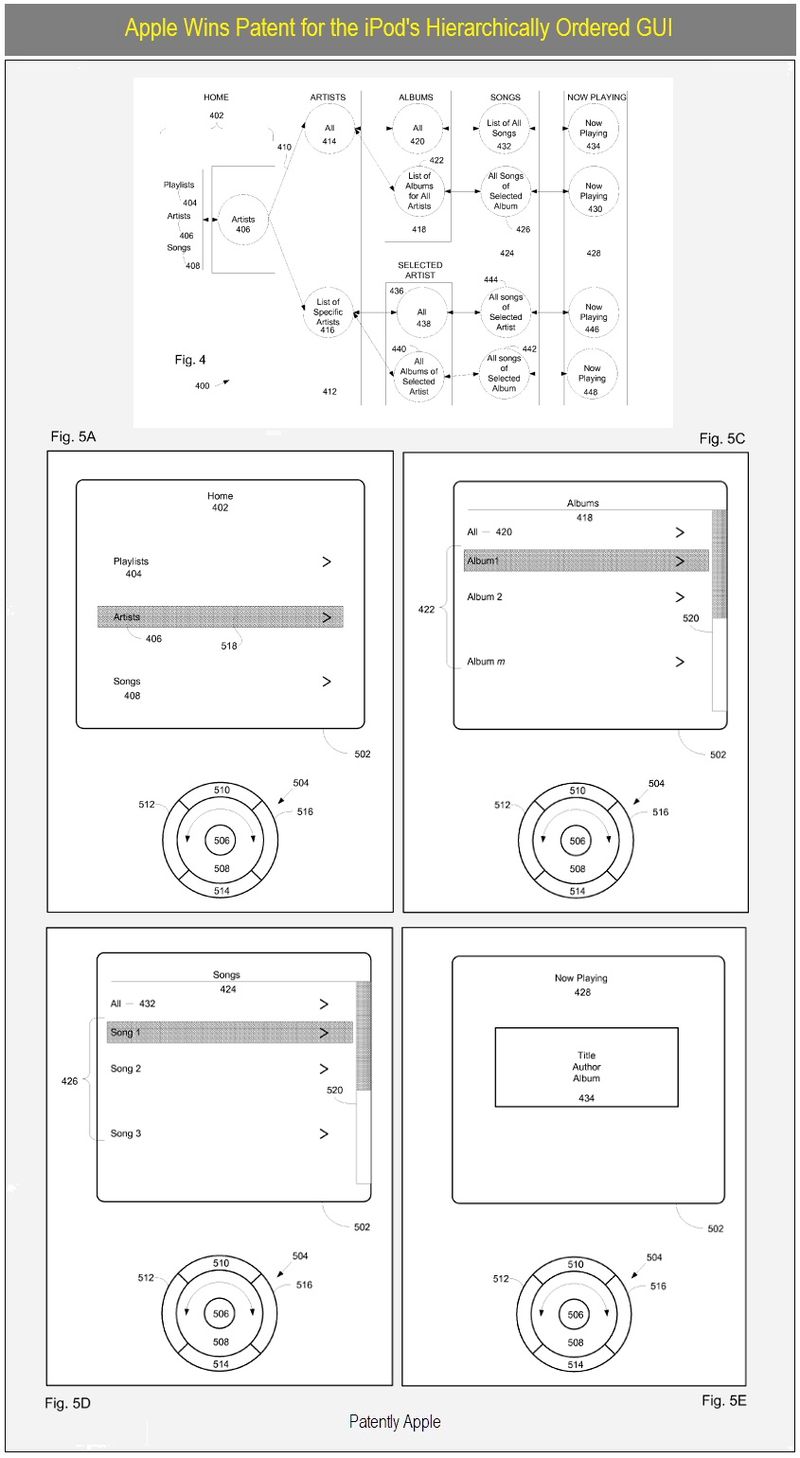 Apple has been granted a patent relating to the iPhone's IM Chat. Apple's invention relates generally to a user interface for displaying an exchange of messages during an instant messaging session, and, more particularly, to a method and apparatus for displaying instant message exchanges in a manner that graphically differentiates the participants in a conversation. 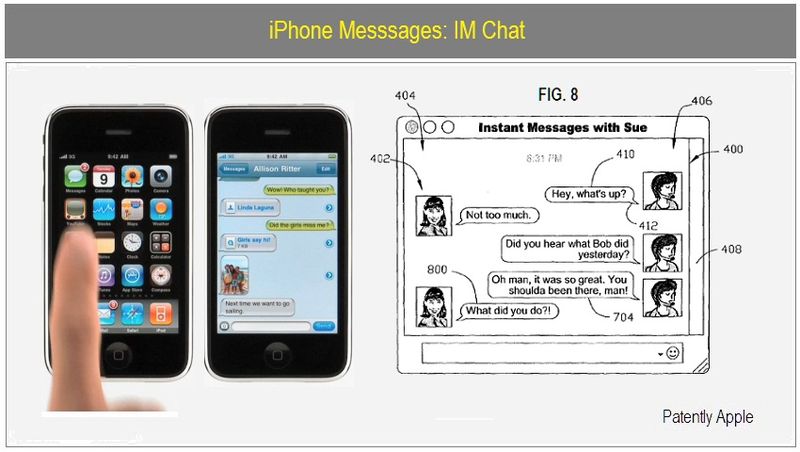 Advances in semiconductor fabrication technology presently make it possible to integrate large-scale systems, including tens of millions of transistors, into a single semiconductor chip. Integrating such large-scale systems onto a single semiconductor chip enables increases in the frequency at which such systems can operate, because signals between system components do not have to cross chip boundaries, and are not subject to lengthy chip-to-chip propagation delays.

Apple's patent provides a method and an apparatus for increasing the data transfer rate through a communication channel without the problems described above. For more information, read patent 7,668,244.

The MPEG-4 encoding system is rapidly being adapted by the latest computer based digital video encoders and associated digital video players. The MPEG-2 and MPEG-4 standards compress a series of video frames or video fields and then encode the compressed frames or fields into a digital bitstream. When encoding a video frame or field with the MPEG-2 and MPEG-4 systems, the video frame or field is divided into a rectangular grid of macroblocks. Each macroblock is independently compressed and encoded.

They listen to the Doors [not so much] and the Beatles [definitely] because their music stands the test of talent. We have a lack of it in today's music scene.

Considering Apple calls it a "Classic iPod," I could see a "Classic Rotary Dial" as a retro thingy. Considering that 90% of our calls would be generated from out contact list/calendar, the dial would hardly be used. So it could play up the "Classic" marketing theme here just for the fun of it. There's a lot of people who love their iPod Classic over the iPod touch. Hey, people still listen to the Doors and Beatles. Need I say anymore?