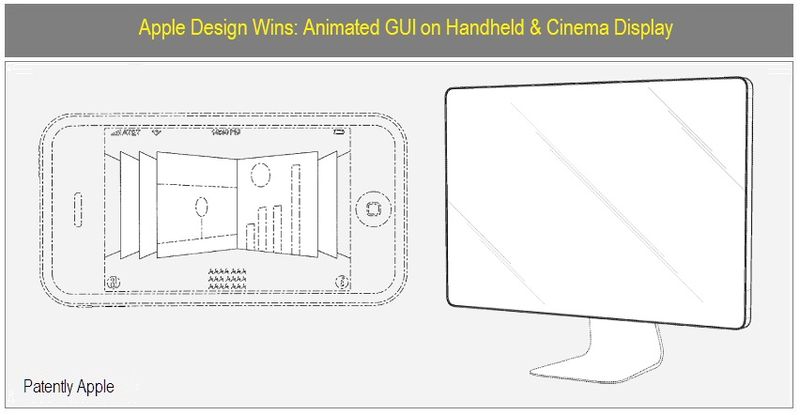 On February 9, 2010, the US Patent & Trademark Office published two of Apple's latest Design Wins covering an animated GUI for a portable device and Apple's second design win for the LED Cinema Display.

Apple has been granted a design patent for what appears to be Cover Flow on an iPhone. The technical design title is noted below, for accuracy. 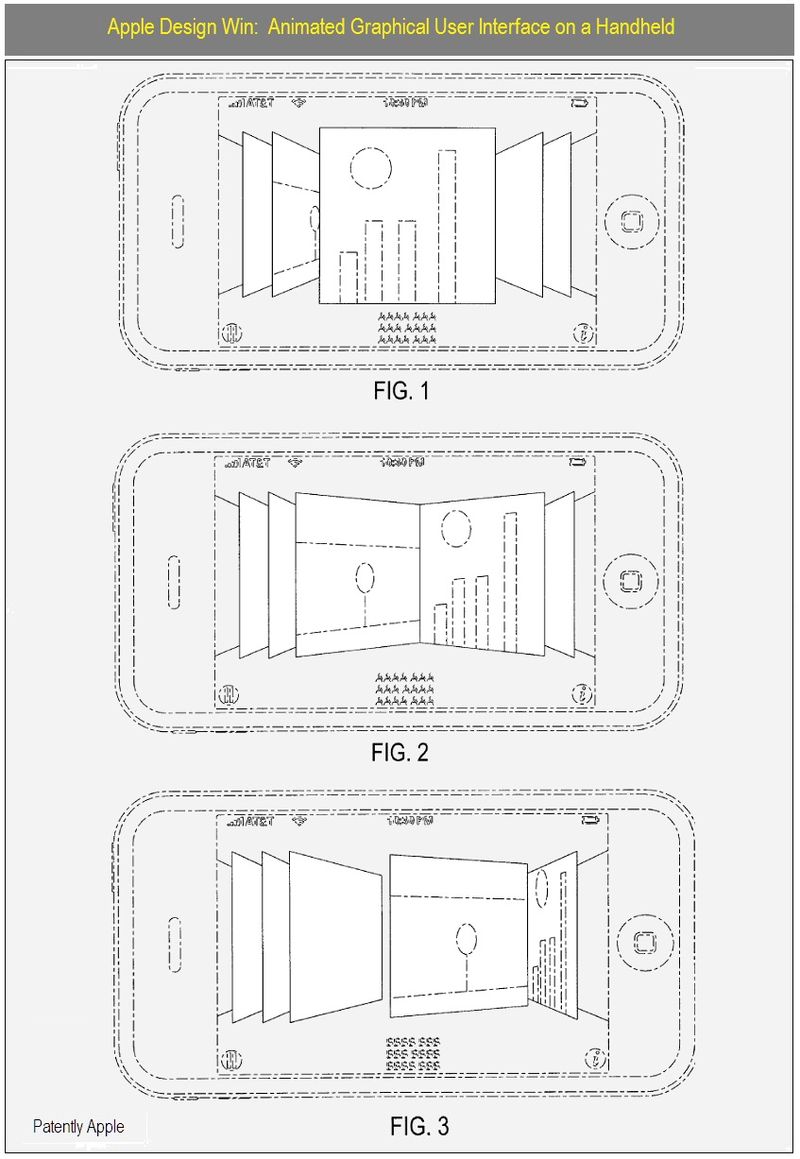 The appearance of the image transitions sequentially between the images shown in FIGS. 1-3.