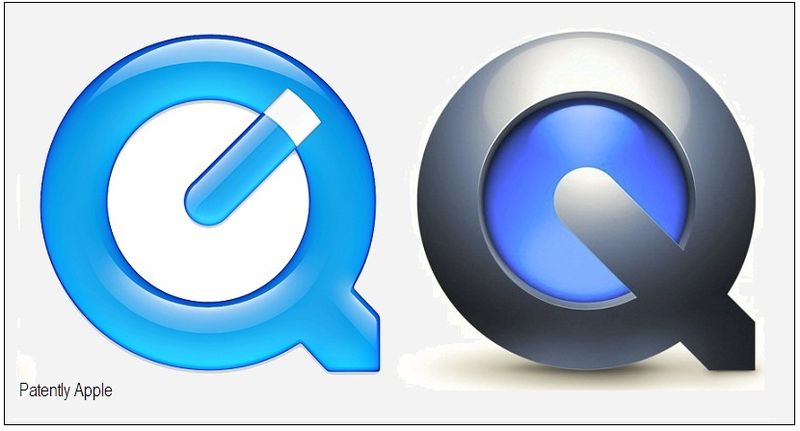 Apple's cross-platform media QuickTime media-plaftorm has a rock-solid foundation that is trusted to offer a host of innovative features that create the most cutting edge multimedia experiences in the industry. QuickTime is about HD Video, AAC Audio, media streaming and immersive 3D QTVR photographic experiences. Most importantly, QuickTime is about entertainment. Apple's QuickTime is even likely to introduce something new in respect to their coming tablet. Apple filed for their updated logo this past week with the USPTO. The new logo was first revealed publicly during WWDC in July 2009. The graphic above illustrates the old logo on the left and new on the right.

About the Trademark Filing

Apple states that they have a bona fide intention to use the mark in commerce on or in connection with the identified goods and/or services and asserts a claim of priority based on Jamaica application number 54191, filed 07/23/2009.

Good job, Now lets see what will be the results.

Thanks for that Marc.

Apple introduced their new QuickTime logo in July 2009 and yet still uses the old logo on their own site's QuickTime pages. Does anyone have an answer for that?

Looks cool to me! These little things are exactly what put Apple on top in this area - they always market a complete and finished product.

The old logo would have probably sufficed; but this one is cool