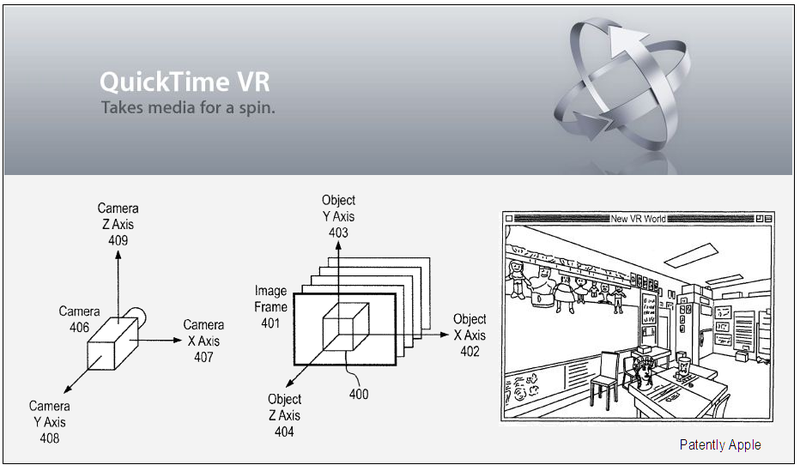 The US Patent and Trademark Office officially published a series of nine newly granted patents for Apple Inc. today. The notables within this group include one relating to Apple's QuickTime VR - which was originally filed eight years ago, Apple's iPhoto, a virtual Japanese Dictionary for OS X and an industrial design win for Apple's third generation iPod nano.

Apple's introduced their solution to this problem via iPhoto in 2002. To better realize the great potential of amateur digital photography, Apple's iPhoto patent introduces an integrated system for the acquisition, organization, manipulation, and publication of digital images by amateur digital photography enthusiasts. The iPhoto system first acquires images from a number of different image sources. Images acquired in the same image importing session are marked as coming from the same conceptual film roll. Next, a user is empowered to organize and manipulate the acquired images. The images may be organized by tagging the images with informative keywords and grouping images together into conceptual photo albums. The images may be manipulated by rotating, cropping, and removing red-eye. Finally, the system of the present invention provides simple intuitive image publish systems. A selected group of images may be published in a photobook, published onto the World Wide Web, or published as individual image prints with minimal computer knowledge on the part of the user. 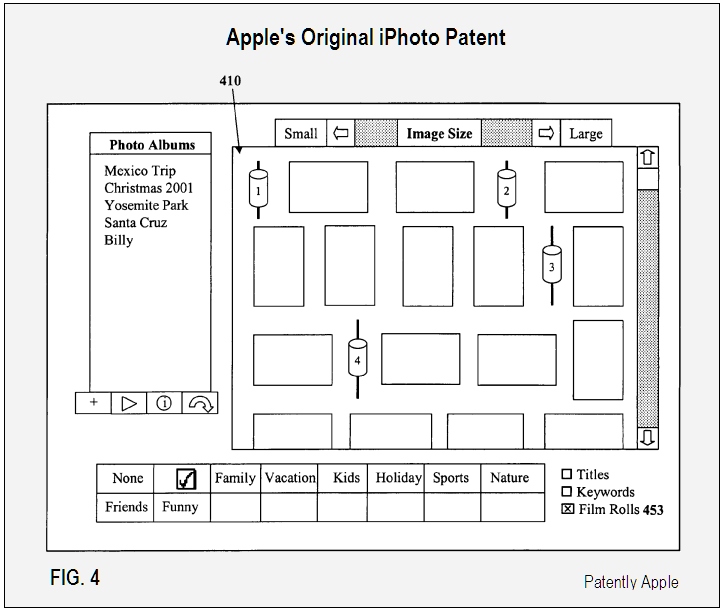 Apple's patent FIG. 4 illustrates a view of the main display screen with film roll dividers appearing between groups of images acquired into the image organization and publishing system at different times. 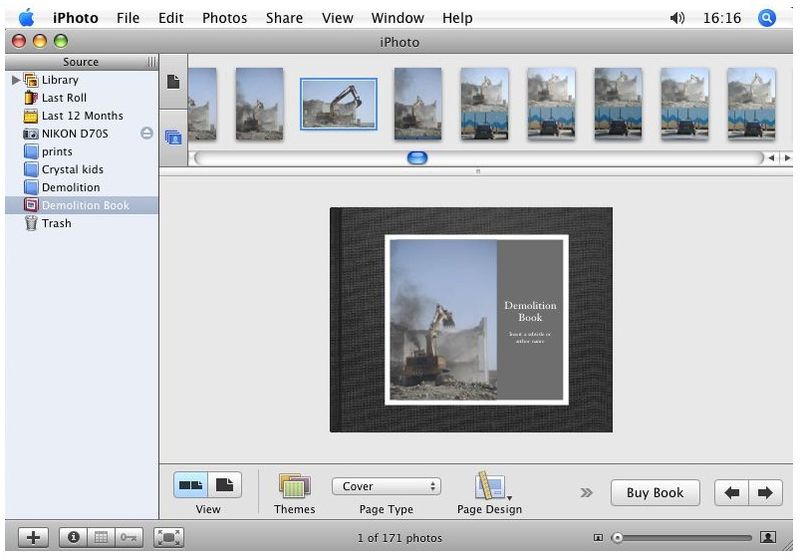 An example of a photobook created in iPhoto – a Demolition Book. 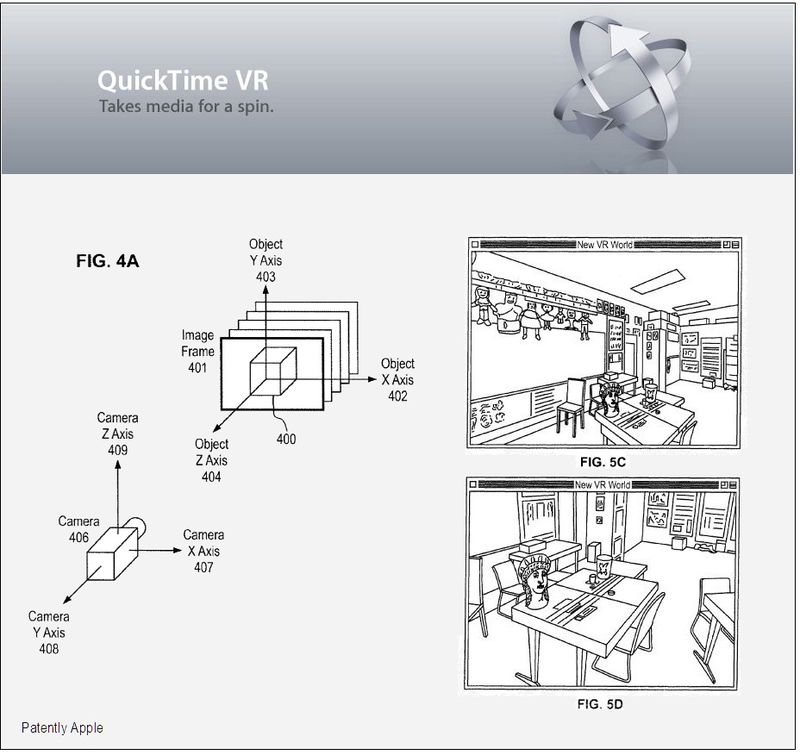 Apple's patent generally relates to the field of electronic text entry, and more particularly to a method of entering Japanese hiragana characters and translating into appropriate Japanese words using a combination of hiragana, katakana and kanji characters. 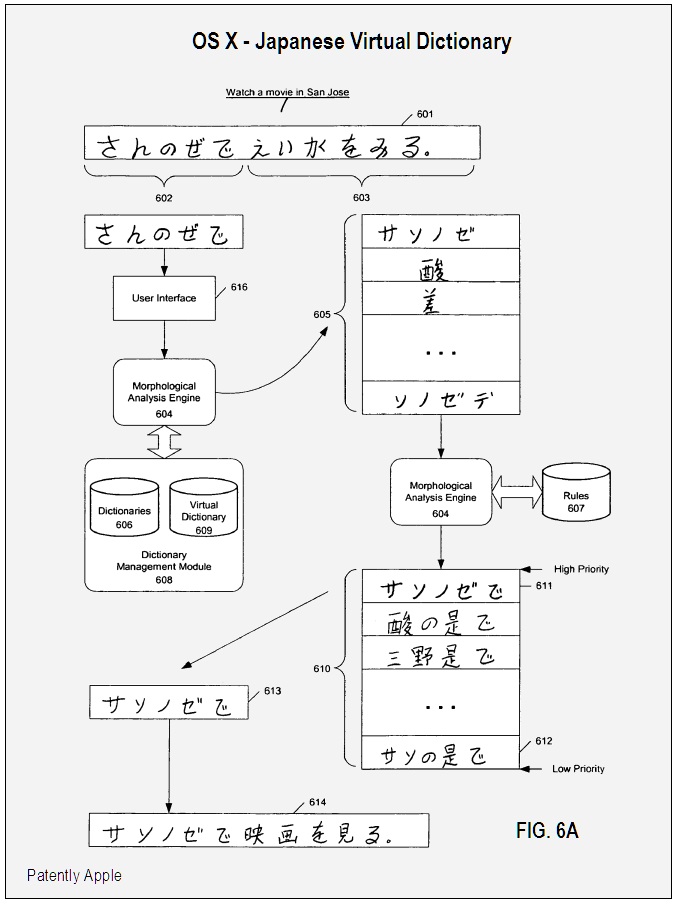 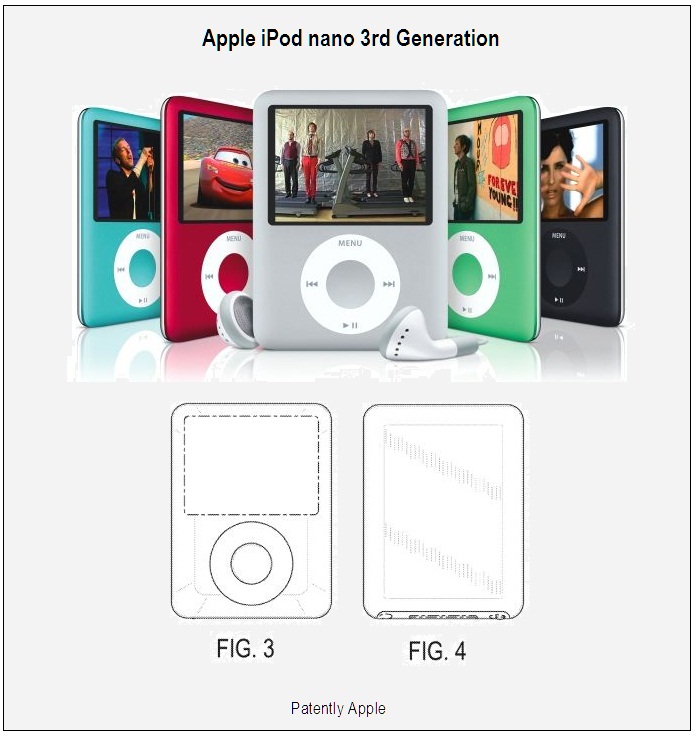 Apple has also been granted a design patent for a Dock Insert under patent number D605,633, originally filed in June 2009.

Techniques for Providing Audio for Synchronized Playback by Multiple Devices: Apple's patent relates to synchronizing audio with multiple devices and, more specifically, to handling the communication of audio information between applications and multiple devices. For more information on Granted patent 7,631,119, view this temporary link.