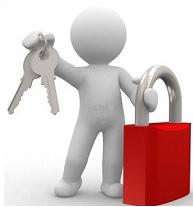 On November 12, 2009 the US Patent & Trademark Office published two patent applications from Apple that reveal yet another chapter in iPhone security. Apple's patent generally relates to authentication and more specifically relates to a system and method of providing authentication based on a weighted average principal. Apple's iPhone security includes protection of digital content from theft or corruption and also addresses the preservation of system availability. In many communication systems, the weakest link in security is not the encrypted data but rather cryptographic key management and handling. Unauthorized users may gain access to sensitive data when key management is not performed securely. During Apple's WWDC 2009, Phil Schiller stated that businesses had asked for hardware encryption and that all iPhone 3G-S models would now incorporate Apple's new security features. These patents mark the fourth and fifth such iPhone related security patents since September and demonstrate Apple's commitment to the enterprise market. Apple's patent shrouds their technology under what is known in the industry as the "black box" approach.

Authentication is often used in conjunction with cryptography. Cryptography is the traditional method of protecting data. Cryptography protects communications between two mutually trusting parties from thievery or hackers by attack on the data in transit. Encryption is the process of obscuring information in a systematic way, using an algorithm. Decryption is process of removing the protection and retrieving the original data. Encryption and decryption use a key, which is the shared secret that both parties must have. To ensure data integrity, only the authorized parties should hold the secret key.

In many communication systems, the weakest link in security is not the encrypted data but rather cryptographic key management and handling. Unauthorized users may gain access to sensitive data when key management is not performed securely.

Many processes for authenticating an entity have been proposed. Typically, a sender sends a message and both the sender and receiver use the message and a shared secret key to generate a signature. If the signatures are the same, the entity is accepted as authentic in a symmetric encryption scheme. If an asymmetric scheme is used, the system verifies the signature is valid since only the originator of the signature should be able to create that signature.

What is needed in the art, however, is an improved authentication process that is less susceptible to hacking. This is what Apple's patent addresses. 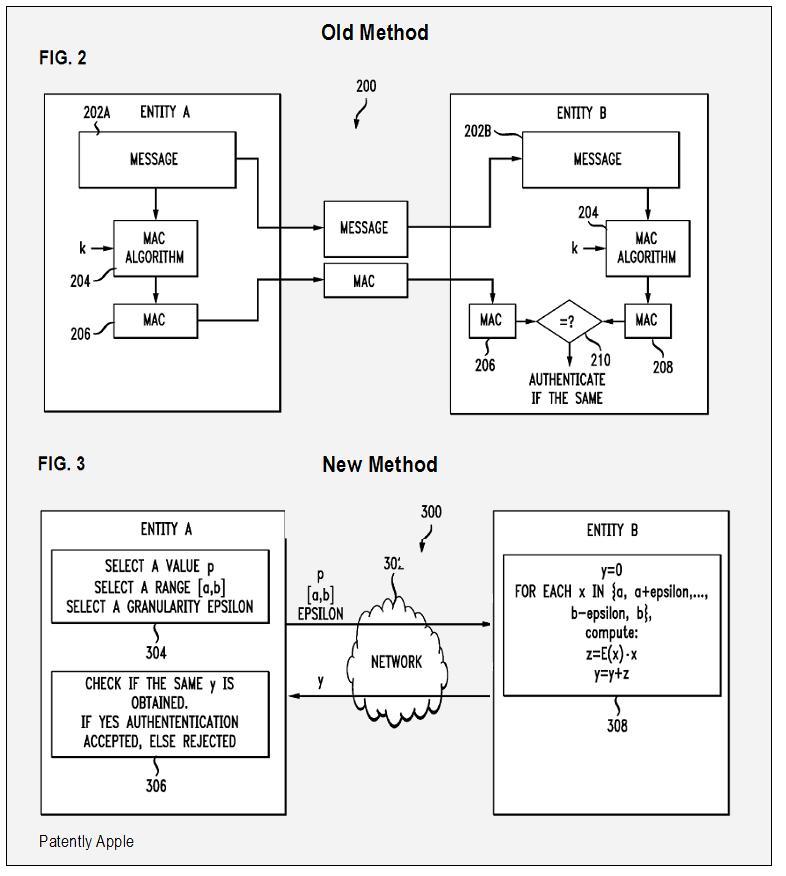 Apple's patent FIG. 2 illustrates a prior art approach using a message authentication code; Patent FIG. 3 illustrates basic example processing and communication between an entities A and B.

Apple's patent refers to an approach in which a particular embodiment involves processing as viewed by an entity A or an entity B separately – as a black box approach.