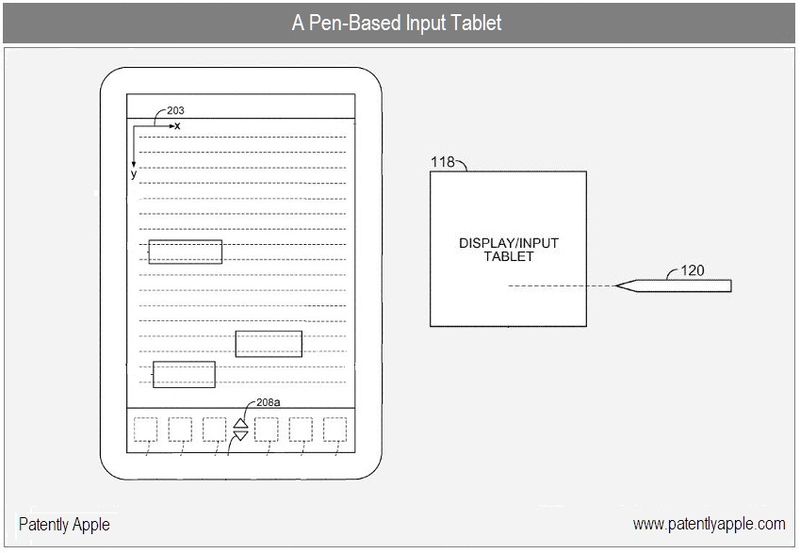 On November 12, 2009, the US Patent & Trademark Office published a new patent application from Apple that reveals various concepts behind a newly advanced pen-based Tablet. Interestingly Apple won their first ink engine patent this past July. In that particular report you'll be able to find other links to a tablet related patent that illustrates a classic notebook/tablet combination design. Today's patent closely relates to their recently granted patent but provides us with a little more insight into the tablet's future usage with apps such as pen-based notations, musical scores or even business forms. The oddity to this patent perhaps, lies in the speed in which it became public. The patent was only filed in July of this year and published in less than three months: Is Apple in a hurry? In late September Apple rehired one of their original Newton developers Michael Tchao. Although Apple's groundbreaking Newton ultimately failed, the fact is that it was a pen based tablet computer. In context, today's patent data has to be added to the facts that Apple is indeed working on a new type of tablet computer that may in fact include an ink based engine that could use a stylus-like pointer.

The present invention relates generally to the field of computers, and more specifically, to an ink manager for acquiring and organizing pen-based ink information for use by pen-aware and other applications.

The present invention, in large part, relates to the observation that client applications and handwriting recognition software in pen-based computer systems can make far more accurate ink-related decisions based on entire ink phrases, rather than individual ink strokes. Accordingly, the invention is directed to an ink manager that is designed to organize ink strokes into ink phrases and to provide these ink phrases to client applications. 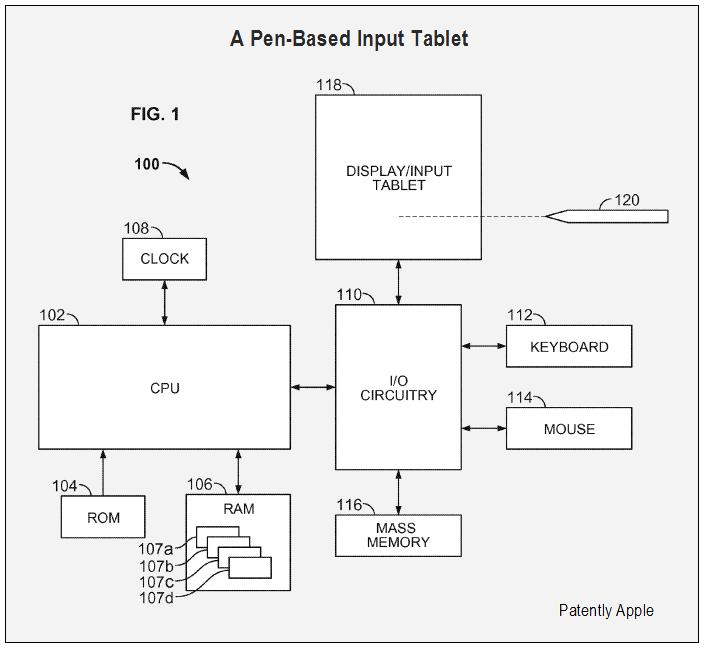 Apple's patent FIG. 1 is a highly schematic block diagram of a computer system in accordance with the present invention. A user may control or interact with the computer system 100 by writing or drawing on the tablet (118) with a pen or stylus (120). 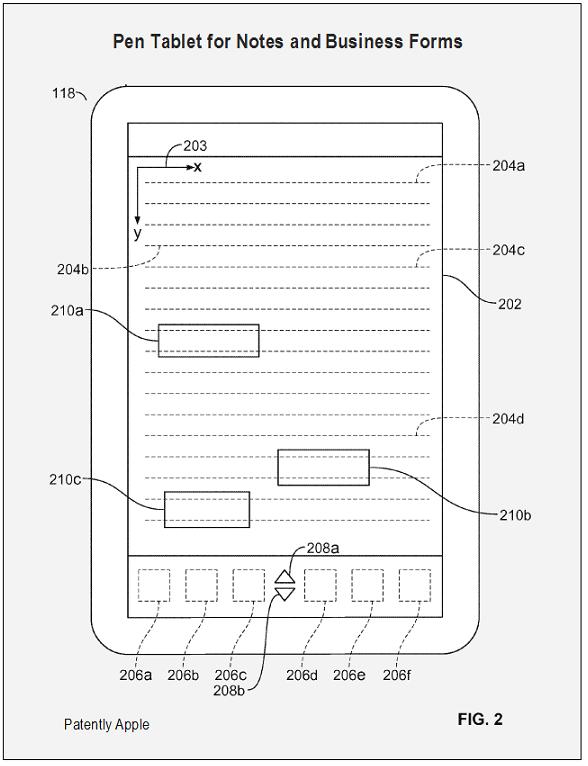 Apple's patent FIG. 2 is a top view of a pen based tablet that could be used to write notes, fill out business forms, jot down mathematical equations or musical notes or simply use gestures where applicable. The patent figure shows "data entry fields or boxes that may be labeled with tags such as city, state, telephone number etc." which translates to forms if not extending to business forms such as invoices, purchase orders, inventory or medical forms and the like. 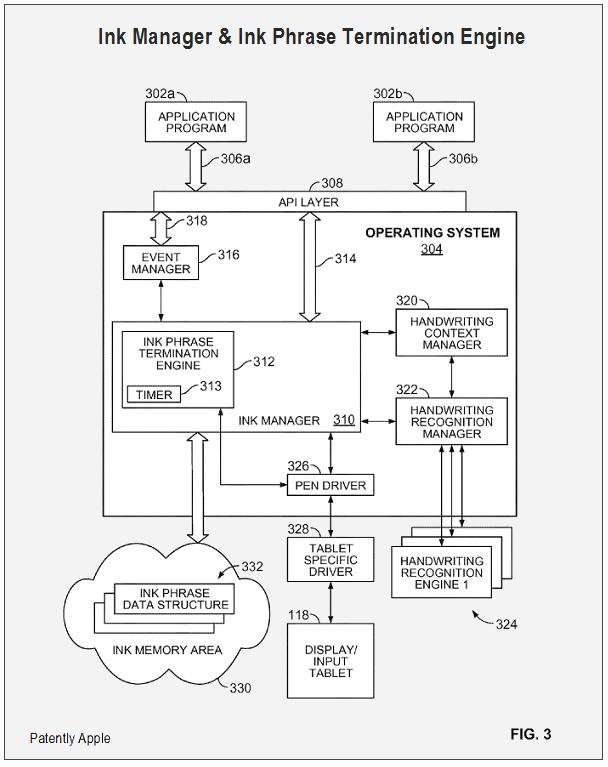 In accordance with the invention, the operating system includes a novel ink manager (310) having an ink phrase termination engine (312).

Apple's patent FIG. 5 is a highly schematic block diagram of a preferred ink phrase data structure 332. The ink phrase data structure includes a plurality of fields including a header field (502), containing information such as phrase termination type, possible modifier keys, number of strokes, and bounding box, and an application identifier (ID) field (504). The application ID field preferably contains a unique process identifier for the process that was in the foreground when the user entered the corresponding ink. The data structure further includes an ink strokes field (506) in which the ink manager (310 of figure 3) preferably stores the ink stroke information retrieved from the pen driver (326, figure 3).

It will double as an input device exactly like a wacom tablet.

Contrary to some grumblers, I'd like the ability to use a stylus sometimes just to play around with an idea quickly by doodling, drawing and scribbling text. It's like the "Electronic Napkin" for inventors and dreamers.

I also noticed that patent itself mentions "simulating the key presses of a conventional keyboard." So it may have the option to use both a conventional and/or virtual keyboard like the iPhone's.