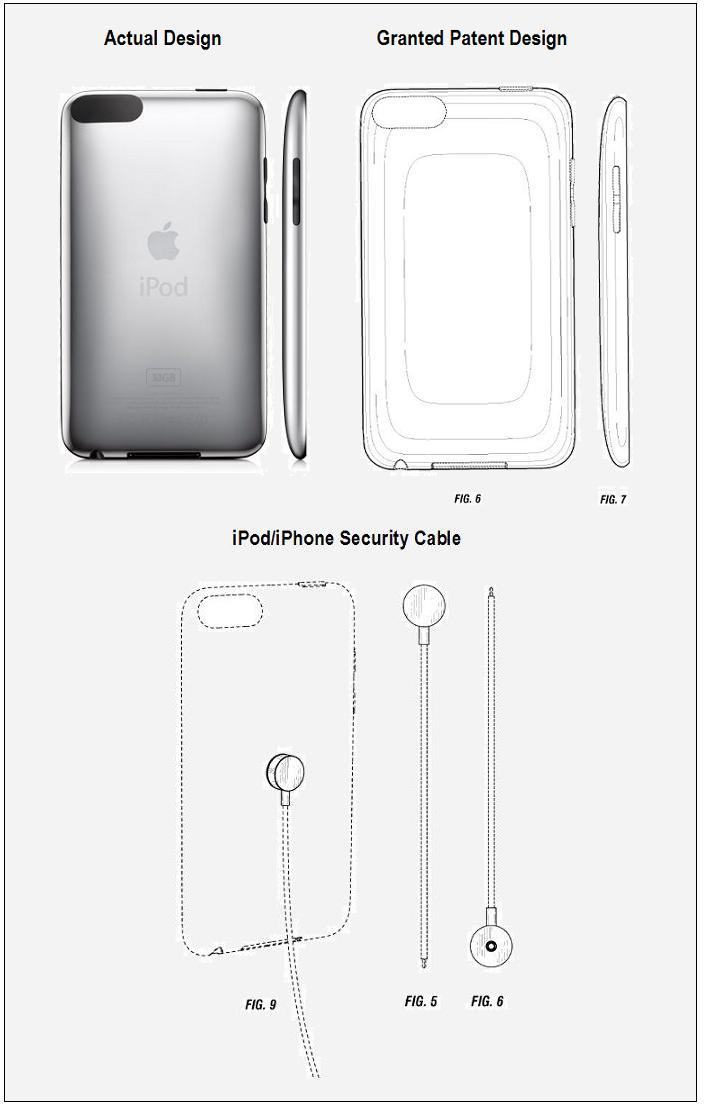 Apple has been granted design patent D599,330 for a new iPod touch and/or iPhone security cable product which was originally filed for in December 2008.

Apple has been granted design patent D599,342 for their hot selling iPod touch which was originally filed for in September 2008.

Apple has been granted design patent D599,330 for their In-Ear Headphones with Remote and Mic which was originally filed in September 2008.

Semiconductor Die Package with Internal Bypass Capacitors: Apple's patent generally relates to techniques for reducing voltage noise in electrical circuits. More specifically, the present invention relates to a package for a semiconductor die which contains bypass capacitors that operate to reduce voltage noise on an integrated (IC) circuit device, such as a microprocessor chip. Apple credits William Cornelius for granted patent 7,583,511 which was originally filed in September 2008.

Method and Apparatus for Binding User Interface Objects to Application Objects: Apple's patent abstract states the following: A graphical user interface (GUI) and accompanying functionality for binding Web page definitional elements to a back-end state (e.g., client- or server-side back-end state) and custom logic is provided. In one embodiment, a template containing definitional elements, custom logic, and bindings are generated that define all or a portion of a Web page based on input received and functionality provided by the invention. Apple was granted patent 7,584,430 which was originally filed for in July 2006. This must have been one of the last patents that Avie Tevanian worked on before leaving Apple.  Avie Tevanian was Apple's chief software technology officer and the man credited with building the core of OS X.