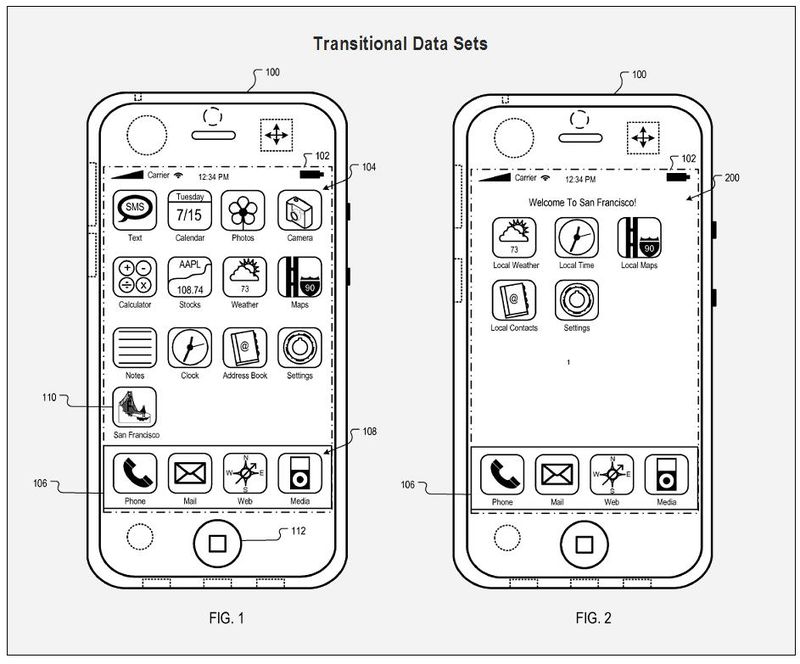 An iPhone "application" could be a software program, utility, widget, gadget, user interface element (e.g., a menu, tool bar) tool, operating system function or component, search engine, assistant, driver, etc. The data can be retrieved from a local storage device or from a network resource. To reduce clutter on the iPhone's display, the user could organize the applications into sets which can be more easily displayed, accessed and managed on the iPhone or the like.

For example, the user could create a set of location-aware applications that could be populated by transitional data sets. A transitional data set is a data set that can change based on the current location of your iPhone or iPod touch as determined by a positioning technology (e.g., GPS, cell tower triangulation, Wi-Fi). In the example of FIG. 1 (click to enlarge), a display object 110 titled "San Francisco" is displayed on the iPhone.  When the user touches the San Francisco icon, a set of location-aware applications could be accessed. Of course if you happen to be on a business call in New York City, your iPhone could display another icon with an image of the NYC skyline, for example.

In some implementations, transitional data sets can be saved to your iPhone or to a network device for future retrieval and/or comparison with other data sets. In the example of FIG. 3 below (click to enlarge), transitional data sets are displayed in a list 302 for San Francisco, New York and Los Angeles. So if you're a busy executive always on the go, being able to call up specific data sets for the cities your company covers is a convenient way to unclutter your iPhone.  It's an excellent way to store your favorite local restaurants, local contacts, local maps and weather. 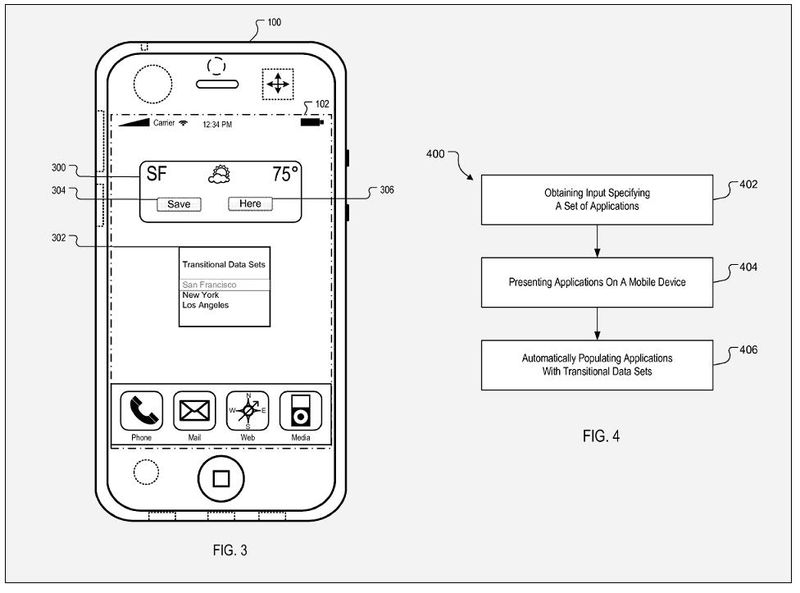 It took Apple to come up with a workable convenience for a smartphone.