A Speech to Text Example 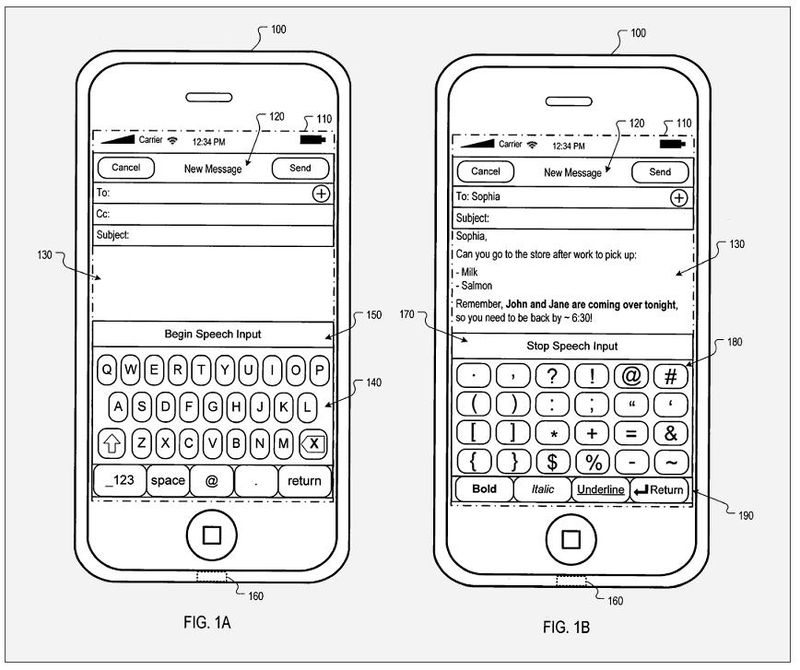 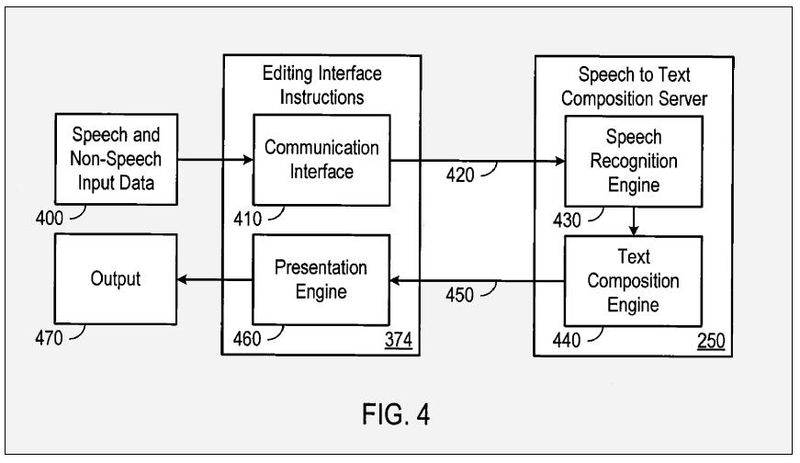 Apple's patent FIG. 4 is a block diagram of example editing interface instructions for communicating with a speech to text composition server.