Some of today's in-vehicle stereos and other electronics come with built-in anti-theft functionality that basically shuts down a device if it loses power or if the unit is removed from the vehicle. If the unit is ever found again or regains power, the owner must call an activation service to have the device reactivated. Apple approaches this inconvenience differently by allowing the owner to cryptographically pair their in-vehicle system with a portable device such as an iPhone, iPod or other device like a MacBook. This way the two devices simply communicate with each other to verify true ownership of the in-vehicle system and reactivates the device without the need to call an outside reactivation service. Beyond security, Apple states that cryptographic pairing could be used to define users and/or user limits for using the in-vehicle navigation device. The navigation device could be configured to wirelessly activate or deactivate one or more functions when another mobile device, like an iPhone, is present. For instance, if the driver exceeds a preset speed limit, or drives the vehicle out of an approved location, the navigation device may lock down a stereo system, phone function, or other function until the driver lowers the speed and/or returns to an approved location. 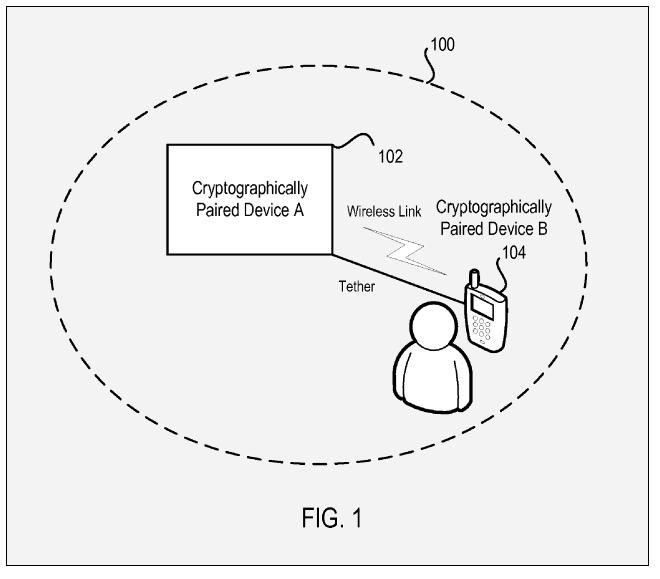