The Advantages of the Touch Pad

The advantages of the invention are numerous, according to Apple. One advantage of the invention is that it requires no obvious button to actuate a GUI movement. Buttons break the surface of the housing and are therefore less aesthetically pleasing. For example, there is no need for a cutout in the housing of the mouse or a mechanical component to protrude out of the device. Another advantage of the invention is that the user implements the GUI movements by a simple and natural posture change of the hand and is not required to hold down a button. For example, the invention provides scrolling with very little force (almost zero) exerted by the finger on the scroll area of the device. In contrast, convention devices have mechanical components that require some amount of force to be applied by the finger, as for example, in the form of a pushing action to rotate a wheel or to activate a switch. 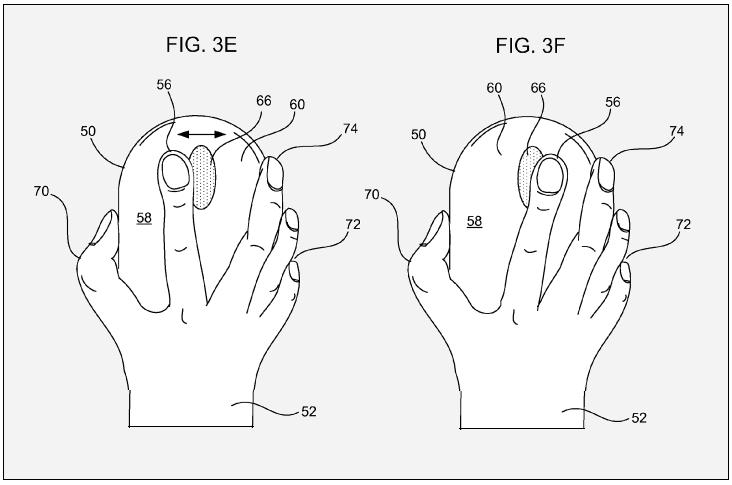 Another advantage of the invention  is that it allows an intuitive way to scroll on a display screen. For example, the user can manipulate his or her finger side to side for horizontal scrolling and backwards/forwards for vertical scrolling. Apple's patent FIGS 3E and3F – illustrate the proposed touch pad used in the horizontal scrolling mode.