On April 10, 2008, the US Patent & Trademark Office published Apple's patent application titled Invisible, Light-Transmissive Display System.  Apple's patent generally relates to device display systems, and more particularly to invisible, light-transmissive display systems that become visible when illuminated from behind. The patent illustrates the technology being used in notebooks and the iPod. In the case of the iPod, the technology will allow the Apple logo and brand name "iPod" to be illuminated in future iterations of their popular MP3 player. 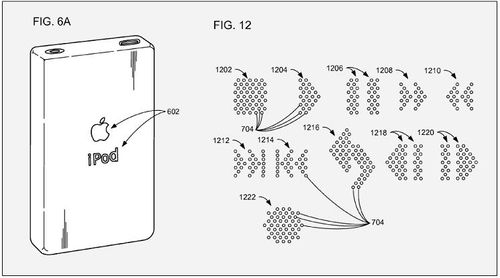