Apple Granted a Patent for a New Speech Recognition System

On October 24, the US Patent & Trademark Office published Apple's newly granted patent for 'Assigning meanings to utterances in a speech recognition system,' which was originally filed on February 18, 2004. Apple's granted patent relates to speech recognition systems. More specifically, the patent relates to the generation of language model(s) and the interpretation of speech based upon specified sets of these language model(s). Being that the granted patent discusses the use of this system in relation to a user calling up a document, licence, memo and/or a producer's agreement, it's apparent that this patent could easily apply to a future iPhone. 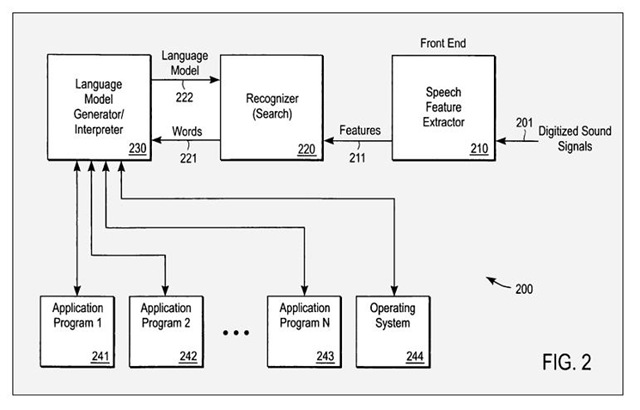 Patent FIG. 2 shows the organization of the preferred embodiment as a functional block diagram.